The executors of Michael Jackson’s estate asked for $30 million dollars for Katherine Jackson and Michael’s three children Prince, Paris and Blanket. Side bar, I still am not 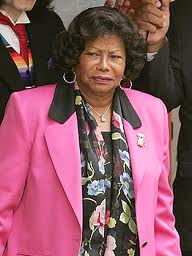 understanding why Michael names the last son blanket. Anyway, attorney John Branca and music exec John McClain also
requested permission on behalf of Katherine. They want to sell the family compound in Encino, CA and buy a new home. The court hearing for the case was set for September 28th. Now what I don’t understand is why do Katherine Jackson have to go to court just to receive money from her own sons estate. It never makes any sense to me why the government has to be involved in EVERYTHING.

Michael Jacksons estate has reported over $310 million in gross revenue in the last year from the album sales, merchandising, licensing and other revenues. So why should she have to go to court just for $30 million. If it’s for the kids and the reasons are good, then why should the government get involved? Michael Jackson was said to be in debt for more than $400 million at the time of his death in 2009. Now how in the world did anyone let him get so far into debt? I can’t even owe someone $20 without them being on my trail. But Mike was able to get off with $400 million? The estate was said to have paid off $159 million of the debt. That’s not even half. That’s crazy. I remember watching the interview of Michael Jackson; he was out shopping and buying crazy unimportant things. But to be in debt so deep is ridiculous. Now I also wonder if Katherine Jackson really needs $30 million for the kids.

For a person like me who hasn’t yet touched that bracket, I just can’t see children needing so much. A new house I understand because maybe they don’t want to live in a house that reminds them of Michael’s death, but $30 million. That’s a lot to ask for. That’s like in the movie “Coming To America” when Arsenio Hall’s character asked the King to wire him 3 million dollars (I think that was the amount) and the lady looked at him like he was crazy and said, “Are you sure that’s enough?” She was being sarcastic but he didn’t know. That’s how I looked at the figure. I still believe that she shouldn’t have to ask. This also makes me think of an article I wrote about how sales increase when an artist dies. In this situation it is a great  thing that Michael Jackson’s sales increased because he can take care of his children and his mother. Side bar… wasn’t there a rumor about Katherine Jackson getting a divorce from Joe Jackson? Because I noticed when it comes to the kids they never mention Joe. Wonder if he takes part in their lives. Joe is probably sitting back and enjoying every part of the money. $30 million seems like more than enough for Katherine and the kids so I guess the extra will spill over to the rest of the family. I am going to ask Michael Jacksons estate for some money. All I need is $300 thousand and I am good for now.