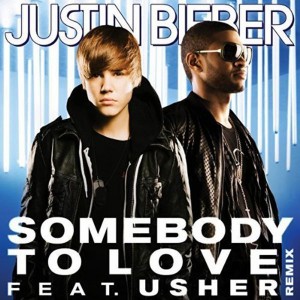 filed against them. Their hit song “Somebody To Love” was the source of the lawsuit and the judge handling the cased ruled that there was no reasonable saw/sees the song as a copy of another.

Justin Bieber might be in a tussle with the American government fighting over a number of both criminal as well as civil cases, but he can at-least cross one of his pending cases off that list. Together with Usher they successfully won over a lawsuit filed back in 2010 when they were accused to having stolen the 2010 smashing hit Somebody To Love.

Who Filed The Lawsuit?

The song writers (Plaintiffs) Mareio Overton and Devin Copeland (Nicknamed The Dude) filed a suit on May 2nd 2013 and claimed that in 2008 they had written a song also titled “Somebody To Love” and Copeland (The Dude) placing a song of the similar name in his own album entitled (My Story II).

The plaintiffs went ahead and declared that the song they wrote has similar elements with the later versions performed by Bieber and Usher. They singled out the chorus “I…Need Somebody To Loooooove”, placement of chords, time signature, one strategic silence measure just before the beginning of the chorus and the use of call-and-response structure.

They were so determined by the case that they went ahead and sued for damages amounting to $10 million. Much to their shock Friday (28th March 2014) Us district Judge Arenda Allen during a court proceeding dismissed the claims with prejudice.

What Was in The Suit?

In the suit The Dude (Copeland) stated that he was put in touch with Sangreel Media (A media outlet that was charged with scouting talent for music companies such as Island and Sony) the media company was highly interested in pushing his songs.

Copeland went further to claim that Sangreel quickly passed on copies of their song “Somebody To Love” on to other artists including R&B sensational hit start Usher Raymond. He was also quick to chip in that a dialogue between him, Usher’s manager and mother had opened up but however came to a halt in 2009.

The defendants (Usher and Bieber) stated that Usher wrote the song “Somebody To Love” and afterwards posted it online. Bieber got in touch with Usher and together they recorded a version of the song and it was featured on Bieber’s 2010 album (My World 2.0.)

Then a remix followed soon after.

Judge Allen thoroughly examined the Usher/Bieber Song (version) to see whether the two were similar in anyway as the two songs did have some ideas that were sort of similar. The Judge after scrutiny disagreed with the plaintiff and dismissed the case!