Michael Nuanes, cop sentenced in Justin Bieber doll domestic assault case. Really, it is just not funny. Its hard to imagine anyone finding 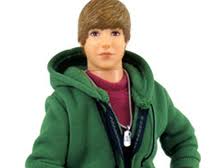 domestic violence and assault funny. Considering the seriousness of the situation, it is a heinous activity. Only the victim of an assault and domestic violence can understand the amount of trauma they have to suffer in the aftermath. Enough is enough and for a good reason, what if you, your daughter or mother was involved in such an atrocious battering. So instead of laughing, we should rather try and find a solution to it.

Earlier, it was shocking to read or hear about an assault, but today it’s as common as pests breeding inside our homes. If a cop who takes the oath of protecting people against crimes and atrocities, is involved in such a shamefull act, them whom should the citizens turn to in the need of the hour?

Michael Nuanes, a 37-year-old police officer from Denver Police Office was arrested on 27thJanuary, 2012 for allegedly beating his girlfriend after she threw a Justin Bieber doll at him. But his girlfriend claims that he first assaulted her and in return she threw the doll at him.

Reportedly, it all started when Michael Nuanes 42 years old live in girlfriend did not upload the status about their relationship on FaceBook, which makes us wonder can such small talks start an argument and later lead into an assault? It’s scary that how a small argument can get converted into a dangerous and heinous crime.

According to Michael Nuanes the doll injured his foot and his girlfriend bit his finger, which hurt him a lot. And, allegedly in return Michael Nuanes punched her in the ribs and also pulled her hair out. According to a report Michael Nuanes kicked in the door to assault her where she was hiding and continued to assault her in the bathroom. No charges have been filed against his girlfriend and Michael Nuanes is out on $1500 bond. He was immediately sentenced to 12 months probation. A mandatory protection order prohibits him from possessing fire arms and he also must complete the domestic violence treatment. Since, January he has been assigned the desk job, so that he is unable to use fire arms. At one point of time his girlfriend tried to video tape, when Michal Nuanes was trying to drag her off the bed, and the policeman used his cell phone to make an audio recording of their arguments, the affidavit said.

His girlfriend used an iPad to contact a friend of the couple saying that Michal Nuanes had assaulted her, trapped her in the bathroom, and taken away her cell phone. And, by the time deputies arrived, his girlfriend had already left.

We should not take this as just another assault case, instead we should fight against the attackers and protect the victims. A single assault devastates the whole life of the victim. Think about it. The lives of us and our loved ones are in our hands. It’s now or never!