Justin Drew Bieber, is a young and widely popular Canadian musician, actor and songwriter.  He was “found” when his video on YouTube was spotted by an American manager. Scooter Braun, the American talent manager who spotted Justin and eventually 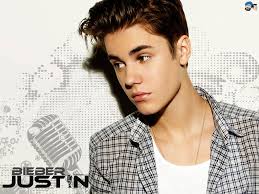 became his manager helped promote his talent by introducing him to Usher Raymond.

This is how Justin Bieber was officially signed on by the Raymond Braun Media Group as a start.

Born in London, Ontario on 1st March 1994, Justin Bieber and his family eventually shifted to Stratford, Ontario where he was raised. His parents are Jeremy Jack Bieber and Patricia Mallette, a successful and well known Canadian author and film producer. Although his parents were and are not legally married, they practiced the same goals and aims regarding his personal and professional life. In his early years though Justin was raised by his mother.

Patricia Mallette was pregnant with Justin Bieber when she was just 17 years old. Although she was strongly advised to undergo an abortion at the time, she flatly refused to do so. When Justin was very young, his mother helped him cultivate a special fondness for music and performance. As a single mother, Patricia worked at several low paying jobs to raise her child.

Justin Bieber has French-German influenced ancestry through his mother and father’s side respectively. Justin Bieber was always interested in sports like Hockey, Soccer and Chess. However, as a child he kept his interest and fondness for singing and performing to himself.

His mother often recorded his earliest live performances and covers of famous pop and R&B tracks on YouTube. That is how over the years his popularity on the site eventually grew.

Scooter Braun, the talent manager who found Justin Bieber and helped his rise to fame actually clicked on his amateur videos on YouTube by accident. Sccoter eventually tracked Justin Bieber down.

With the help of R&B artist Usher, Justin Bieber started creating new age pop music. His first solo track “One Time” went on air while he was still recording and finalizing his first studio album. The song was an overnight success, climbing the charts to reach 17 on the Billboard Hot 100 singles.

Justin Bieber has collaborated with several artists in the past, the most recent being with Usher and Nicki Minaj. He regularly performs duets with other female singers and performs covers of famous songs on tour. Besides singing, he has also appeared as a guest star on several sitcoms like Saturday Night Live, Hubworld, The X Factor, Dancing with the Stars, Punk’d, The Simpsons and many more.

Justin has often been in the news for his run ins with the paparazzi. Most recently, he was said to be embroiled in an argument with his immediate neighbor. On the personal front he was in an on-off relationship with fellow singer and songwriter Selena Gomez though their relationship seems to have hit rough waters for good.