, a 43-year old 12-time NFL Pro Bowl linebacker, was found dead today in his home, the result of a gunshot 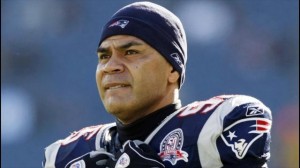 wound, police confirmed.
Police are investigating the shooting at the Oceanside, Calif., residence of the former New England Patriot and San Diego Chargers football star as a suicide. Police confirmed that Seau was found by his girlfriend at his beachfront home with a gunshot wound to his chest.

Junior Seau’s girlfriend, who informed police Seau was unconscious with a gunshot wound, before making their way to

Junior Seau ‘s house and performing “life saving” efforts on him in his bedroom, according to police. A handgun was found.

It is not a secret that traditional radio will soon be extinct in its current state. Traditional radio is often strong armed into playing the same songs over and over because of the corporate mandated system set in place. Essentially what that means is there are not many real DJ’s left in radio, but instead the local stations are filled with talk show hosts. This is a bad model because most people want to hear music and not talk. Vyzion Internet Radio is the answer to that problem. Vyzion Internet Radio provides 55 minutes of un-interrupted music before any commercial. Vyzion is run by DJ’s who know what the listeners like and really want to hear.
Vyzion Internet Radio spins worldwide and national Dj mixes 24/7. So the party never stops! From the car the office the gym or your home you can listen to Vyzion radio anywhere. Vyzion Internet Radio is comprised of an international team that is delivering the best of live radio and Internet Radio. We offer free IPhone and Droid Apps Contact us at 704-240-8939. https://vyzionradio.com/