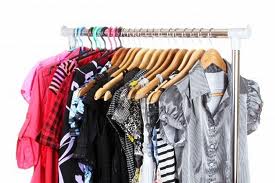 I’ve noticed after hanging out with some people and just being observant, sometimes when they see someone, the assumption is automatically negative about that person. I don’t understand how some people get their theories about people by just looking at how they look and not understanding them or their story. As for looks, I’m not just talking about physical appearance, I am talking about clothes too.

Clothes is the easiest thing for me to tackle right now so I am going to handle that first. Physical appearance will come at a later date. We look at people (yes, I said WE) and we assume that they are of a certain social status because of the clothes that they wear. Some thoughts are that they have a lot of money to be able to afford that or they think that they are better than us because they can afford that. Take a step back and think about this. Did it ever occur to you that the same person that you are talking about cannot afford that outfit, but instead went into debt to keep up an appearance? Take another step back and think about this. That one outfit that you saw them in might be a treat to themselves that they have been saving for. Here’s another angle. They are not better than us, they just liked the outfit and decided to buy it. People like what they like and we cannot be mad at them for that.

Anybody that knows me knows that I like a particular brand of pocketbooks. Guess which category that I fall into? I’m the one that saves their money so that I can get at least one, maybe 2, new pocketbooks a year. It’s a treat to myself for working so hard. We all deserve to be treated, even if we treat ourselves. Trust me, there are enough people out there trying to trick us without us tricking ourselves.

I’m like that with pocketbooks. However, there are a lot of things that people just like what they like. It can be a certain brand of shoes, jewelry, shirts, neckties (I cannot leave out my guys), perfume or cologne. The list could go on, but I think that you understand. Who are we to judge what each other likes? We like what we like and we want what we want. There’s nothing wrong with that.

This next bit is going to get a lot of people, but I wouldn’t write it if I wasn’t guilty myself. I don’t like it when people talk about other people wearing pajamas in public. Now, as adults, I understand that isn’t the politically correct thing to do; especially if you are trying to make a positive name for yourself. However, I would be lying if I didn’t admit to wearing pj’s in public. I’ve done that before…along with any other college student. My point, if you went to college and you did the same thing, don’t talk about these people. You don’t know. That person that you are talking about might be in college and have a full day of tests or finals. I know personally, I was trying to be comfortable the day that I had tests in all of my classes and on that one particular day, my classes ran from 8 to 5. Also, did it ever occur to you that pajamas might be the only thing clean because they haven’t had the time or chance to do laundry? Also, did the thought even cross your mind that pajamas was all they had because they had just been through a tragedy and they had nothing else and were trying to get back on their feet? Now, I’m not talking about people being lazy, I’m talking about people that want and know to do better but cannot. We don’t know their story, just like they don’t know ours. Since we don’t know each other, why are we judging each other; especially by appearance only?

Let’s keep going. Every time that I step out of the house, I am not trying to do a runway fashion show. I am trying to get something done. If I’m making a quick trip to the store and not planning on going anywhere else, I doubt that you will see me in my best jeans. More than likely, you are going to see me with the jeans with holes in them or some sweats. Does that change in outfit really change my character? It doesn’t. People have looked at me like I am a bum for wearing that. However, since comfort is most important to me, I wore what made me comfortable. The outfit that I had on didn’t stop me from getting my errands accomplished and I really didn’t care what people thought of me. You know nothing about me so why be so judgmental?

Do you see what I am trying to get at about clothes? We all have different styles. Whether we want to admit to it or not, our style reflects our personality and vice-versa. The next time you see someone in something that seems to be too much or not dressy enough, just take a moment to think. You don’t know what they’ve been through to be able to afford those nice things and you don’t know the struggles that they are going through just to be able to afford a pair of pj’s. If you want nice things, work hard to get them. If you see someone in pj’s and you think that they are struggling, that should give you the motivation to help the less fortunate. We are all one paycheck away from the greatness of wealth or the despair of poverty. With a 50% split like that, who are any of us to be judging each other?