Am I hearing this right? John Travolta has two lawsuits against him for an alleged sexual battery and harassment of two men.  Wow, I done 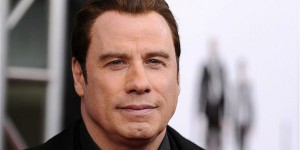 Anyway, both men alleged that the “Grease” star tried to have sex with them during two separate massage sessions. One lawsuit was filed Tuesday morning claiming that he had witnesses to back him of Travolta actions. This was supposed to have happened at an Atlanta resort.  Now the other plaintiff files his suit in Los Angeles federal court on Monday. The two men who have the same legal representation and are each seek $2 million in punitive damages in their separate sexual harassment and battery case.  According to the court documents the plaintiff from Beverly Hill Hotel on Jan 16 said a naked John Travolta groped him trying to have sex with him. He also said that John Travolta suggest a threesome with a Hollywood starlet and also to him that he “got where he is now due to sexual favors he had to perform when he was in his ‘Welcome Back Kotter’ days.  The lawsuit says Travolta also said, “Hollywood is controlled by homosexual Jewish men who grant favors in return for sex.” I am not shocked.

John Travolta camp completely denied the allegations saying they were completely fiction and a fabrication. They said that none of the events claimed in the suit were true and the plaintiffs who refused to give their names knew that it was lies. The camp says, “On that date when plaintiff claims John Travolta met him, John was not in California and it can be proved that he was on the East Coast. Plaintiff’s attorney has filed this suit to try and get his 15 minutes of fame. John Travolta intends to get this case thrown out and then he will sue the attorney and plaintiff for malicious prosecution.” Side bar… I don’t get the 15mins of fame point. If both plaintiffs didn’t disclaim their name then how are they going to get 15mins of fame? No one will know who they are. Of course John Travolta is going to deny the allegations. I would too if someone was trying to sue me for money. Just like the Justin Bieber case. Do people really think that child wasn’t his? Of course I still believe it was and I think they paid that girl off and tried to put it on her ex-boyfriend. That girl knew. You don’t hear about it anymore do you? Of course not.

But it has been out for years that the industry is full of gay men that make you have sex with them just so you get further in your career. I remember hearing that allegedly George Lucas would make every single person that wanted to star in his movies have sex with him. They call this the “casting couch”. It doesn’t have nothing to do with women just sleeping with men it’s mainly men sleeping with men. This is also what people keep talking about when they say “You Sell Your Soul To The Devil”. It’s not about really selling your soul to the devil. It’s about losing yourself worth in order to get fame and fortune. Is it really worth it? So now John Travolta has to go to court just to get these allegations thrown out. I believe there is some truth to it, but what does my opinion matter. You make your own…

John Travolta is being sued by two unidentified male masseurs.

I am trying not to laugh while I type this one. I wonder if John Travolta got a little excited while getting his massage. Was he expecting a “Happy Ending”? Who doesn’t want the “Happy Ending”? Well not by a stranger.