Is America Is Under Attack? A Third Explosion was CONFIRMED at the Historical JFK Library!! Boston Police Commissioner Edward Davis said, “a third incident — explosion — was at the JFK Library” on Columbia Point. 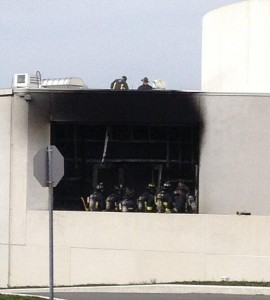 “This is very much an ongoing event,” Davis said. “Stay home … don’t congregate in large crowds.”

Around 3pm today, another explosion occurred. This time smoke swarmed the skies above the historical JFK Library in Boston.

So far no injuries have been reported but civilians are advised to stay home. Up to now, there is no evidence that this explosion is related to the Boston Marathon explosions earlier today, but investigators are looking into further details.

Authorities are asking that if anyone has anyone information, video or footage of the bombing to contact them ASAP. President Obama announced that they will find out who is behind the bombing and will threat it as a act of terrorism. It has not been determined if or if not this was a domestic or international as of terror. President Obama stated that who ever is behind this will feel the full weight of the law and is giving the US Governments full support in getting this matter resolved.

Vyzion’s highly talented and confident team is committed to providing the entertainment marketplace with something that is unique, invigorating and satisfying. With these efforts, Vyzion will influentially make an indelible impact in the world of interactive media.