It has been obvious from the door that Jenifer Hudson might be hubby David Otunga was out for money. We first saw him on “I Love New York” knowing damn well that he didn’t love New York. 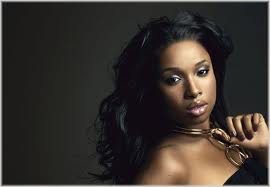 Most people, ok 99% of people go on those love shows just to get their 15 mins of fame. He just happensto get 3 years of it because he linked up with American Idol sweetheart Jennifer Hudson. I never understood what she seen in him. He looked gay to me. His eyebrows look better than mine. But come on David. Are you that hard up for Jennifer’s money that you won’t sign a pre nup? This is crazy.

Usually the women feel some type of way about that but never the man. So this is really showing that he is out for her money. I don’t see it any other way. He knew what he was doing from day one. It’s like David Chappelle’s Show where he did the skit where he got Oprah pregnant just so he could spend her money. Really funny. That’s what it seems like David is doing to Jennifer. She is right to hold out on the wedding. She shouldn’t marry him at all. That’s grounds for separation. He’s a man, where is his money? He should be ok with the fact that she wants to protect her assets. Mr. Otunga should be building his own assets for Jennifer Hudson and their two year old child. I am truly disgusted that he is doing that. Shame on him.

I think he is going to come out the closet like Terry McMillan’s ex husband Jonathan Plummer. I always thought he was gay. He though he was going to get off with her money also. But he failed. They almost look alike too. David and Jonathan. David needs to get the boot. Jen left one jerk to get with another. They say money is the root to all evil and David to me lives beneath the dirt. If you love someone enough you would want to marry them regardless of a pre nup or not. I am really saddened and aggravated about the whole situation. I pray my sources aren’t right but if they are then he really needs to get the boot. But “love is blind and it will take over your mind. When you think its love it’s really not you need to elevate and find,” quote from E.v.e (Eve from Philly). I understand if she can’t see what is going on. We as women really do become blinded by love. Put a child in the equation and it becomes worst.

Well hopefully Jennifer Hudsons  friends and family are by her side guiding her in a positive way. It’s a shame that we can’t have a lot of strong black role models for marriage. This is why I love Will and Jada Smith. They keep it real. We need more couples like them. Good Luck Jennifer Hudson…