James Gandolfini, best known for his role as an anxiety-ridden mob boss on HBO’s “The Sopranos,” died Wednesday while on vacation in Italy. He was 51. 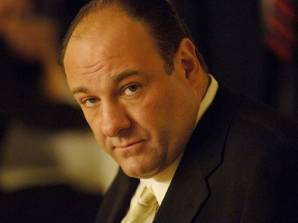 The exact cause of death is not known, but his managers said it was possibly a heart attack.

“It is with immense sorrow that we report our client, James Gandolfini, passed away today while on holiday in Rome, Italy,” managers Mark Armstrong and Nancy Sanders said in a joint statement. “Our hearts are shattered and we will miss him deeply. He and his family were part of our family for many years and we are all grieving.”

The actor had been scheduled to make an appearance at the Taormina Film Fest in Sicily this week.

Gandolfini won three Emmy Awards for his portrayal of Tony Soprano, the angst-wracked mob boss who visited a therapist and took Prozac while knocking off people. “The Sopranos” aired from 1999 to 2007.

“Jimmy was the spiritual core of our Sopranos family, and I am stunned at this devastating loss,” said Chris Albrecht, the former president of HBO who gave the green light to the show. “He was a great talent, but an even better man. My thoughts are with his family.”

Actor Steve Van Zandt, who played Tony Soprano’s confidant Silvio Dante, felt equally close to Gandolfini in real life. “I have lost a brother and a best friend,” he posted on Twitter. “The world has lost one of the greatest actors of all time.”

Gandolfini was born September 18, 1961, in Westwood, New Jersey, according to Biography.com.

He graduated from Rutgers University and, as the story goes, worked as a bartender and a bouncer in New York City until he went with a friend to an acting class.

He got his start on Broadway, with a role in the 1992 revival of “A Streetcar Named Desire” with Jessica Lange and Alec Baldwin.