Heisman Trophy hopeful Jameis Winston is under a felony sexual assault investigation. According to sources and the Florida Law Enforcement 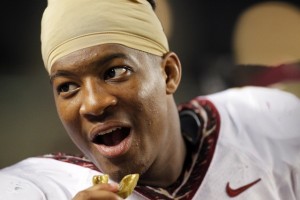 the Tallahassee Police Department almost a year ago. Because the investigation has not been closed by TPD, we cannot comment further at this time. We look forward to a speedy resolution of the issue. There is no change in Jameis Winston’s status.”

A woman whose identity has not been disclosed accused Jameis Winston of sexual assault by using physical force. The complaint was filed with Tallahassee Police Department on December 1, 2012. According to the police report, they were called at 4:01 A.M. and upon arrival they were given pictures of the alleged victims injuries along with other physical evidence collected at the scene.

The report stated that the motive of the crime was “sexual gratification.” According to the statement that the alleged victim gave alcohol was involved and the incident occurred in an apartment. The police reported that Jameis Winston demeanor was calm and polite when questioned.

The investigation is still ongoing and proof will need to be provided to prove that Jameis Winston penetrated the victim orally, vaginally or anally. The first report stated that the suspect was 5’11 but Jameis Winston is 6’4 it also stated the suspects hair was straight. It looks like this will not hurt Florida State’s football season.