Jamal Woolard has landed a huge role in the highly anticipated All Eyez on Me; a biopic of Tupac’s life playing the part of Biggie.

Jamal Woolard is the actor that brought the rap icon Biggie Smalls back to life in 2009 in the film Notorious B.I.G. and will be 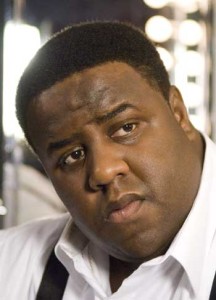 Jamal Woolard, the production team, as well cast-mates began the groundwork in Atlanta in December 2015. Benny Boom who directed S.W.A.T. Fireflight, as well as Nas: Anthology Vol. 1 will be leading the charge. Although the movie has had its fair share of setbacks since its initial announcement, Benny Boom has had the music video experience, the movie accolades and qualifications to make this a successful movie.

The hip-hop industry having had its biggest film success in 2015 with the film Straight Outta Compton  deserves to see the All Eyez on Me film. In a way Straight Outta Compton has served as a form of advertisement, and preparation, much like a prequel, but it has also placed a phenomenal precedent for hip-hop movies to come. The praise that Jamal Woolard received for his performance as Biggie in Notorious B.I.G. was great and his presence in this film is essential in telling the true story about the cultural icon Tupac Shakur. The movie was named after the Tupac Shakur’s double album released in 1996.

Ken Harris, Jamal Woolard’s attorney, expressed his excitement concerning the new role. Harris noted that Jamal Woolard is now totally focused on his movie career. “We will continue to pursue additional movie opportunities following his benchmark performances in Notorious and All Eyez On Me”.

Vyzion Internet Radio spins worldwide and national Dj mixes 24/7. So the party never stops! From the car the office the gym or your home you can listen to Vyzion radio anywhere. Vyzion Internet Radio is comprised of an international team that is delivering the best of live radio and Internet Radio. We offer free IPhone and Droid Apps Contact us at 704-240-8939. https://vyzionradio.net

Author BIO:
Luiji Massanga was Born in Queens, New York, bred Haitian, Luiji Spent the first 10.78 (Fairly accurate) years of his life living in Port-au-Prince, Haiti and then moved to the United States. Born of two Haitian parents, he currently resides in an outskirt of Charlotte, NC (he made it halfway back to New York). He became a Bobcats/ Hornets fan the moment he touched down in Charlotte, and could’ve sworn to his soul that he would someday play for the Carolina Panthers in junior high school. Luiji Massanga is also commercial model, and actor signed to Marilyn’s Agency based in NC.