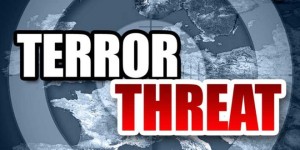 This threat caused concerns after someone re-released a September 2014 message that tells followers to “rise-up and kill intelligence officers, police officers, soldiers, and civilians” the New York City police Department are on alert.

NYPD and personnels then responded to the threat from Isis. The new message is consistent with previous threats that Isis have issued. The U.S Department of Homeland Security are also on alert.

The ISIS TERROR THREAT caused concerns after someone released a September 2014 message that tells followers to “rise-up and kill police officers named Australia, France, Canada and United States as targets. Employees of the NYPD were told to “remain on alert and consider tactics at all times while on patrol.” The Federal Bureau of Investigation are on top of this as well.

The TERROR THREAT video was released on Twitter by ISIS Spokesman Abu Mohammed Al-Adnani. In the past weeks possible terrorist and criminals have carried out high-profile attacks in Canada, New York, France and Australia.

NYPD deputy commissioner for counterterrorism John Miller says “I don’t think that we are under anymore ISIS threat..or any less threat than we were the day before,”he said on CBS. .”More than 1,000 police officers and civilian analysts are assigned to a counterterrorism mission every day, and officers have studied the recent attacks in France, he said.

To rank and file members, NYPD were given specific instructions. “If you are assigned to a fix post, do not sit together in the police car. At least one officer must stand outside the vehicle at all times. Pay attention to your surroundings. Officers must pay close attention to people as they approach. Look for their hands.”