Independent films, or indie films, have been around for quite some time. Indie film making has always been about filmmakers going against the establishment. This is a concept that started as far back as 1910. The Motion Picture Patents Company, also known as the 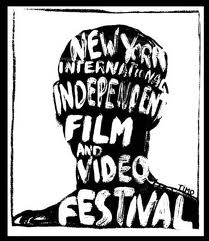 Edison Trust, was a trust of all the major American film companies, the leading film distributor and the biggest supplier of raw film stock, Eastman Kodak. Basically, to get away from the tight control the MPPC has due to their patents; independent filmmakers went west to California to make movies. This move caused the birth of the movie studio system of classical Hollywood cinema. Ironically enough, as years moved forward, new independent filmmakers would emerge who did not want to compromise their ideas by working with a studio.

Many different film makers that are considered icons and legends in the industry today were independents. In 1969 Dennis Hopper, who wrote, directed and acted in his first film Easy Rider, was responsible for the first completely independent film of New Hollywood. Francis Ford Coppola and George Lucas started off as founders of their own independent company called Zoetrope, which would lead both men to bigger things within the industry. David Lynch’s first independent feature film, 1977’s Eraserhead, got him noticed by producer Mel Brooks and from that Lynch found himself in charge of the 5$ million dollar film The Elephant Man. I guess the point I’m trying to make is this: You never know who we are talking about in any of our articles from this point on, that person could be the next Spielberg. Usually in every major city there is an indie film organization that has screenings and helps you keep in touch with what indie vehicle is coming out. The organization nearest me has showings twice a week of the newest indie film.

From this point on, we will be moving through the world of indie film. We will have reviews of what’s out new in indie films and what’s up and coming. We will present you with a who’s who of indie people from actors to directors to producers. So please stay and enjoy the ride and let us know how we can improve on bringing you the best in indie entertainment.