What is Hookah you ask? Hookah is a form of tobacco that comes in different flavors. You will usually see college students using it at parties but now it has gone main stream. There are Hookah lounges popping up all over the place. I remember the first time I seen 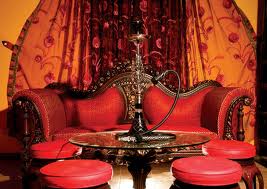 Hookah, I thought that they were smoking marijuana. But then someone explained that it was tobacco. I gave them the side eyed look. Why are people now smoking tobacco in this form like it’s nothing? We all know that tobacco is not healthy for us, so why would they make a product that is flavored but cause the same harm. People that normally don’t smoke cigarettes smoke Hookah like its nothing. Also why make a product that anyone can buy including the under age.

Now having these Hookah lounges to me is crazy. I have been around the smoke; it’s not as bad as regular cigarettes but its still second hand smoke. I think I would rather be in a club with everyone is smoking weed. At least I know I won’t be killing my lungs.

But I would like to know what do people get from smoking Hookah. I know cigarettes are addictive but what does Hookah do? It doesn’t even smell good. It looks like they are smoking charcoal and it smells nothing like the different flavors that they come it. I can’t speak for the taste because I won’t try it. But I am wondering how long this will last. Selling alcohol and tobacco under the same roof, is that healthy?

I am wondering if they will ban it from under age consumption. If its tobacco and it has the same affects as cigarettes then where is the age limit?

Just wondering… I see all cons.