The Current State of Hip Hop Culture. The road of foundation in Hip-Hop culture has been paved by legendary artists like A Tribe Called Quest, Gang Starr, Eric B. & Rakim, Big Daddy Kane, and the likes of many others. These 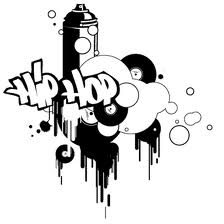 individuals did much more than just compose music. They set the standard for what Hip-Hop music should consist of. Detailed lyrics, heavy beats, and creative genius. These types of lyrical minds believed in the philosophy that Hip Hop is not just a title for the music you listen to, but rather a culture and a community all in itself. What used to be, is now gone and replaced with over-produced borderline techno beats with UN-interesting lyrics consisting of the same boring patterns and no real creativeness whatsoever.

Can Hip Hop culture be saved from this new era of so called “Hip Hop” artists who are creating a toxic wave destroying the credibility, dignity, and most of all the soul of Hip Hop culture?

Thinking back to when it started, Hip Hop has grown tremendously with each and every phase. In the 80’s, kids were walking down the street with fresh new Adidas and no laces in them. Many of them were wielding boom boxes and freestyling in the park. You still see stuff like that now and again in a handful of places, but it’s pretty much a thing of the past. I mean, the 80’s and early 90’s to me were the high points in Hip-Hop history. Back then if you saw a guy doing a crooked handstand on top of a boom box bumping “Peter Piper” by Run DMC wearing a shiny Adidas jump suit, who wouldn’t want to talk to that guy for a second. People said Hip-Hop was just a “fad” back then. They said Hip-Hop would die off just like disco. We all know that’s not what happened. It continued to grow into the 90’s. With talented up and coming artists like NWA, LL Cool J, Del Tha Funkee Homosapien, and so many more, Hip-Hop was here to stay. We’ve had our ups and downs through the years no question, but I think we’ve hit an all-time low in recent years.

Nowadays, when I look at the current state of Hip-Hop culture, I scratch my head and say, huh? There are still underground Emcees and DJs doing their thing, and doing what they can to keep this great culture alive. To me they are pioneers. However, for every true Hip-Hop crew that’s out there now, there are sadly 10, maybe 20 mainstream crews taking their place on peoples iPods. This didn’t used to be a problem, as the underground back in the day wasn’t so underground. What I mean is that nowadays, in the modern era there is so much more mainstream “Hip-Hop” out there than there used to be, and back then there were more underground artists. What is happening now is, the mainstream is in a way, pushing the really creative stuff aside because it’s not “club” material. To the majority, real Hip-Hop is too complex. We live in a world where in all honesty, the vast majority of the music industry is less creative than it was 10-15 years ago.

“We only want what we can play in the club, and what people will dance to”. This is an actual statement from a club owner who’s name I will leave anonymous. I have come up with too many different theories trying to figure out why somebody would want to listen to Lil Wayne over a crew like Ugly Duckling. One theory is that our society has developed a strong degree of apathy. It could partly be due to the advanced technology our generation possesses, but I see it manifesting everywhere. People don’t explore as much anymore. They keep a routine and stick to it. This happens with music just like anything else. You go to the club, you hear David Guetta or maybe Young Jeezy. You don’t hear any “real” Hip-Hop. To me that’s a problem. Take into account the increase in mainstream, the fact that real Hip-Hop was already underground, add in the fact that people tend to be a bit lethargic anyways, and they are having #1 hit after #1 hit shoved down their throat, means less and less interest in good Hip-Hop. It’s not that people don’t want to hear real Hip-Hop, they just don’t want to abandon their routine to go find some. As a result of all of this, people are by default developing a misconception of what Hip-Hop actually is. This could also be because the media and record companies label artists as Hip-Hop when they clearly are not. Would you consider Nicki Minaj Hip-Hop? I wouldn’t dare. It’s one thing to shove us aside, but when you steal our title too? That’s a whole different ballgame. This new era of Hip-Hop music has no real meaning except $$$.

I hate to say it but, I believe due to the stoicism I see in every day life, the demand for “good” Hip-Hop music will continue to decrease, until producers and artists such as myself find a more effective way of innovating. However, I don’t think Hip-Hop will ever become obsolete, because there are always going to be a handful of intellectual people who demand more out of their music, rather than just what they hear at the club. We all have to work together to make sure Hip-Hop stays alive. We’re in it until the end.