. The shooting occurred at the grand 16 theater in Lafayette, Louisiana. The gunmen died of a self-inflicted 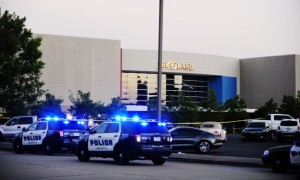 gunshot. The Lafayette Louisiana Movie was a 58 year old white man and lone gunman. The Lafayette Louisiana Movie shooter used a handgun. There was no secondary shooter at the scene and everything is now stabilized. It appears that the shooter was firing randomly. So far there is no evidence to believe that there was a motive. According to officials there were about 100 people inside of the Theater ate the time of the massacre. The movie Trained Wrecked was playing at the time of the shooting.

Police say that they know the identity of the Lafayette Louisiana Movie Theater shooter, but the name has not been released yet. According to witnesses, the scene of the crime was total chaos. Roxie Martinez, a CNN affiliate reporter from KATC stated that, “a whole bunch of girls started screaming and we heard that someone was shot”. “And then there was a lot of people running”. Her brother encountered a woman who had been shot in the stomach and said “I see a lady in full-blooded in a dress”, Robert Martinez said. “She was just looking at me in fear”. The area was immediately locked down and there were about 20 of 30 emergency vehicles on the scene.

Gov. Bobby Jindal tweeted; I’m on my way to Lafayette right now. Please say a prayer for the victims at the Grand Theater and their families.