In today’s fast paced world, where the greed for instantly turning rich has caught on like a wild fire, trusting people has become a grave challenge. Covetousness has pushed people to go to any extent for earning a profitable income, even if it means damaging others faith and hope. 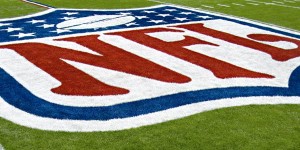 The belief in working hard to make a virtuous living seems to have vanished. The world is swiftly gaining momentum towards making quick bucks through unscrupulous methods. It’s a dampening fact that people today easily swindle the money from others, and by the time they realize being cheated, it’s already too late to cry over the spilled milk.

Now-a-days, an alarming rate of fraudulent activities is being highlighted in the news and media. No newspaper is complete without the mention of scams and fraudsters. Recently, the news that hit the crime scene involved former NFL players who were arrested for evading taxes.

It’s sad to watch eminent personalities stoop so low to save their money.

The money involved in the scam alleged to be several hundred thousand dollars, and therefore putting the culprits behind the bar had to be an undercover operation. It was designed to block the identity-theft and tax-refund scheme. As per FBI, the names of the three arrested former players are William Joseph, 32, of Miramar, Louis Gachelin, 31, of Miramar, and Michael Bennett, 33, of Tampa. They were granted bonds by the U.S. Magistrate Judge Robert Dube. In 2003, William Joseph was drafted in the first round by the New York Giants and last played with the Oakland Raiders in 2010. Michael Bennett was drafted in the first round by the Minnesota Vikings in 2001 and last played with the Raiders in 2011. And, Louis Gachelin signed as a free agent with the New England Patriots in 2004.

Their lawyers declined to comment on the situation, and they are set to appear in the court on May 15. For investigation, the FBI has also arrested five other defendants. They are charged with cashing a total of about $500,000 by forging signatures on the checks and unlawfully using identification documents such as a driver’s license. The sting operation was both a tedious and an expensive task, and therefore the FBI agents were duly paid for their remarkable services.

We all desire to be rich and successful and working hard for it is the only way to achieve it. People in their gluttony tread on crooked paths that lead to nothing, but downfall. Often people in power misuse it to earn money, and they fail to realize the aftermath. A crime committed in passion bears heavily on the soul, forever! Honesty is the best policy! We all should try to encourage our friends, family, colleagues and acquaintances to lead onto the righteous path of honesty and hard work, it may be tough, but surely rewarding.