Far East Movement or FM is a group that is extremely easy to love, and the only hard thing to grasp about this group is on how to label the music they play. Well, we’ll help you on that because the Far East Movement musicians all play what is called “electro hop”. 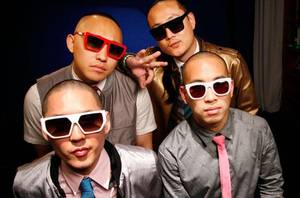 All of the four members of Far East Movement are descendants of Asian parents, namely from China, Korea, Japan and Philippines. They were also the first asian-american group to win a mainstream pop prize in the United States of America.

Far East Movement most popular song, the one we can’t stop singing, is “Like a G6” and it’s one of the most played songs in the world – being on top of the Hot Billboard 100.

Now, something amazing was that from 2003 to 2007, the Far East Movement members were Folk Music players – you didn’t see this one coming did you?

Nowadays, Far East Movement is engaged with Dirty Bass studios and they launched their single with them “Live My Life” – but enough history for now and let’s focus on this amazing band’s 2013 tour dates, so you can follow them around and enjoy their shows.

So, it’s happening and you have already missed it. You should definitely join the Far East Movement’s fan club, because tickets are also available for members of the fan club a lot earlier and with some nifty promotions and some awesome add-ons and bonuses.

So, stay alert on the next confirmed dates and think about joining the fan club of this amazing band that started on folk music and is now dominating the world “Like a G6” and with their new and enthralling “electro hop” music.