Facebook is taking over.It seems nowadays that instead of one actually expressing his or her feelings to a friend or family member, one is more likely to simply update their “status” on Facebook. Facebook is a 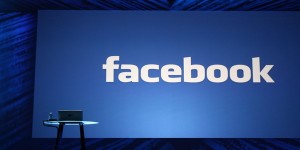 global phenomenon, and people are so enamored with the site, that they feel quite comfortable spreading all the uncomfortable details of their entire lives on the site: “I’m taking my daughter to see her sperm donor today”, a Facebook “friend” of mine posted.  “My son just peed on the floor,” another “friend” posted.  Some people don’t even mind posting insulting taunts that put the current people they are romantically involved with on blast: “Can someone please show my man how to be one”. It’s no wonder that there is an option to close one’s Facebook account because the site may be causing too much “drama” in one’s life. Not only has Facebook put people in a situation where if one uses the site even marginally, one will be needlessly subjected to people’s drama filled lives and the tedious minutia that fills those lives, it has also undermined people’s ability to intimately communicate their life experiences without a keyboard, or smart phone for that matter. I’ve personally learned more about the current personal details of some people’s lives through their Facebook statuses than I have through personal conversations with them or shared experiences.

There are some who believe that Facebook has upgraded our level of communicating, when in reality it seems as though it has downgraded our levels of communicating.  Those who rant about their frustrations about their boyfriends or girlfriends on Facebook should be talking directly to their boyfriends or girlfriends instead of insulting them to hundreds of people on the web. Those who have problems with the effectiveness of their “baby daddy’s” should try—in a fair and honest way—to rectify their problems with their “sperm donors”.  And those who spend an inordinate amount of time posting unnecessary comments and status updates on Facebook should really get out and live just a little more.

Tags:facebookInternet Radiosocial mediasocial media cultureVyzion
Previous : Women – Change Begins at Home
Next : Foundation is Important | If You Build It, They Will Come