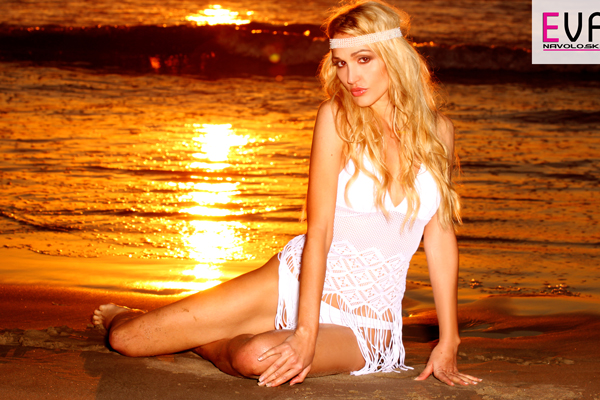 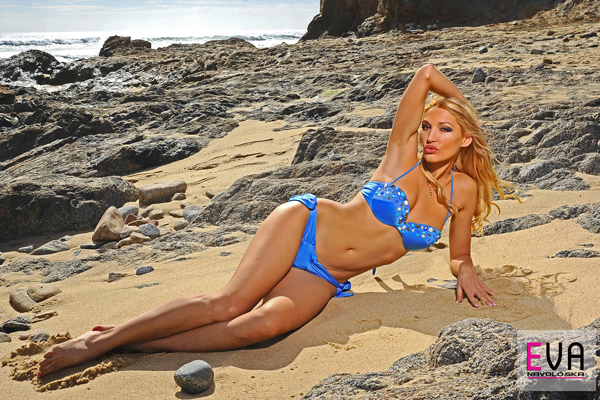 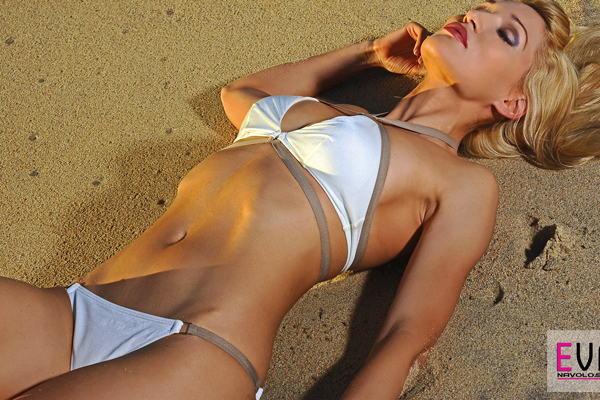 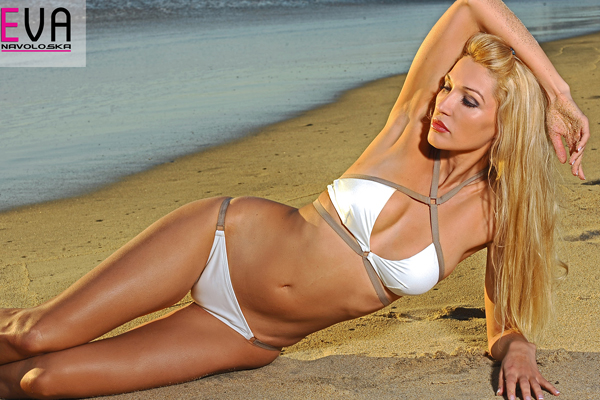 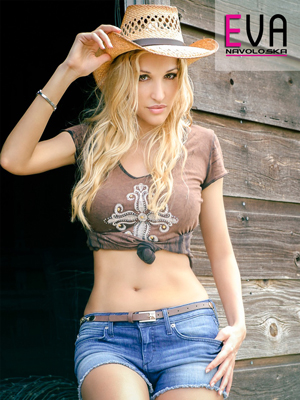 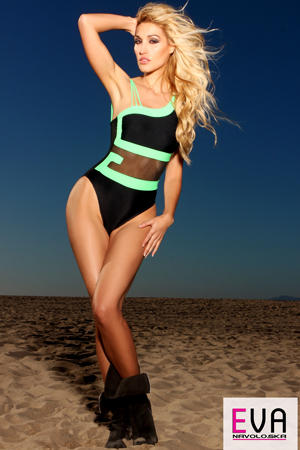 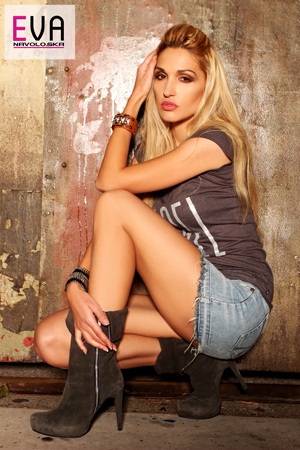 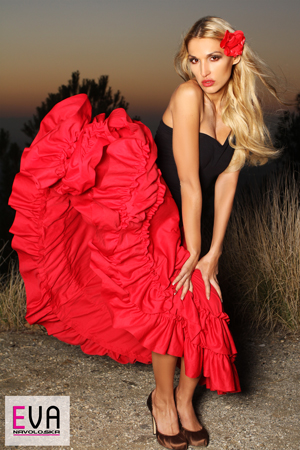 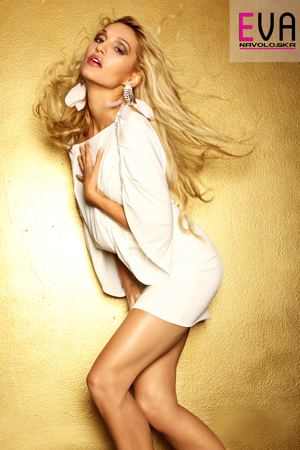 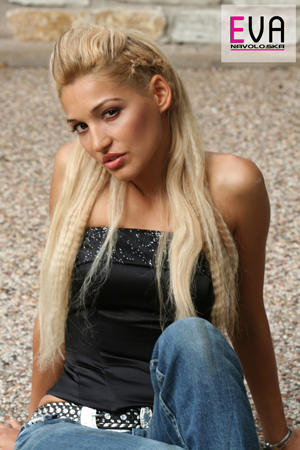 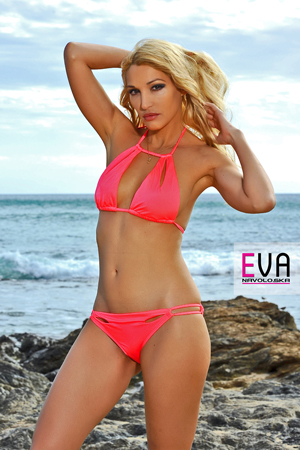 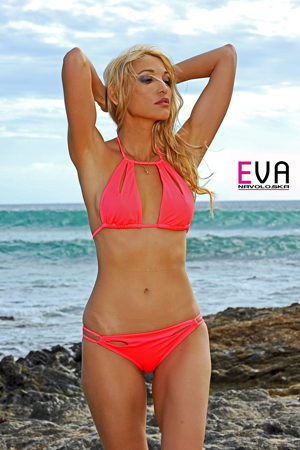 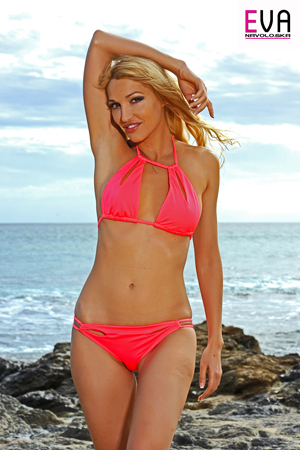 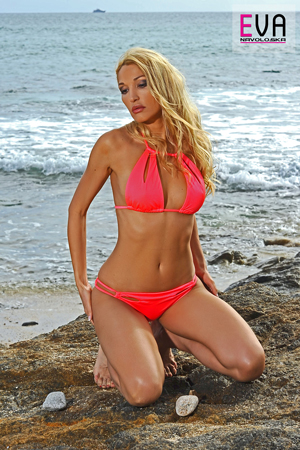 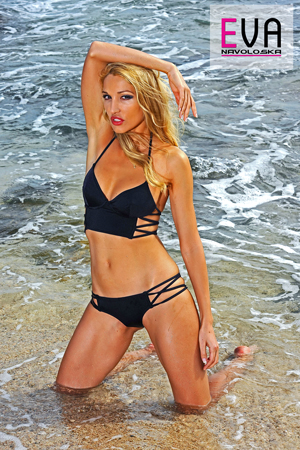 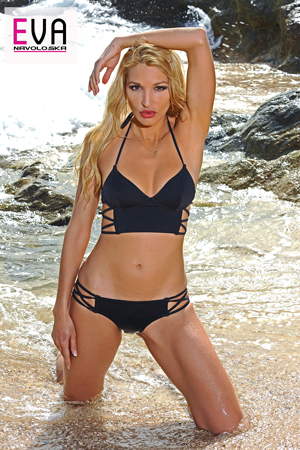 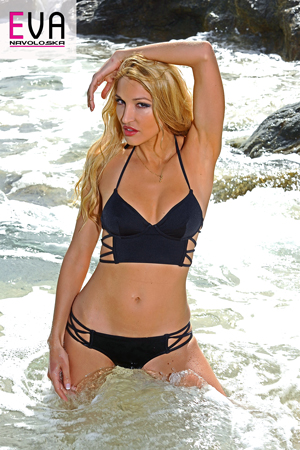 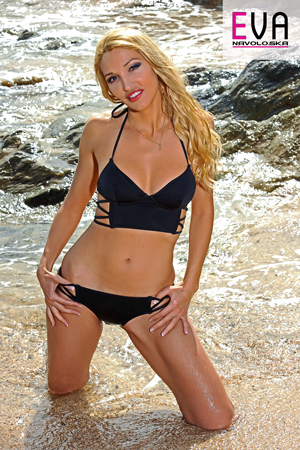 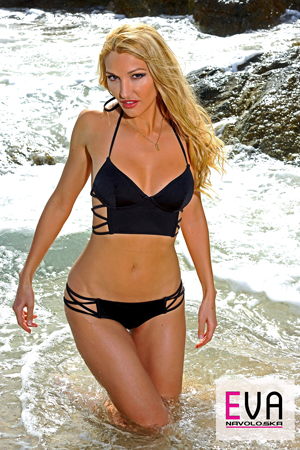 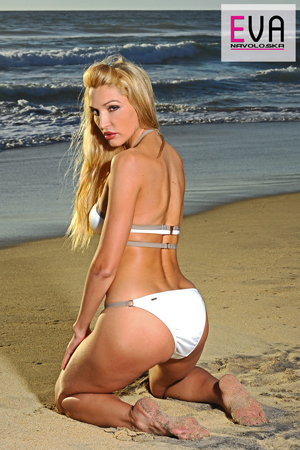 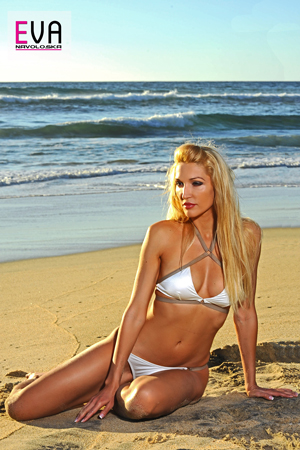 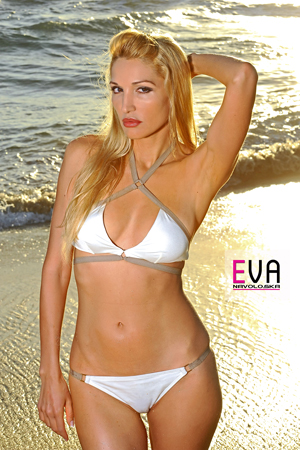 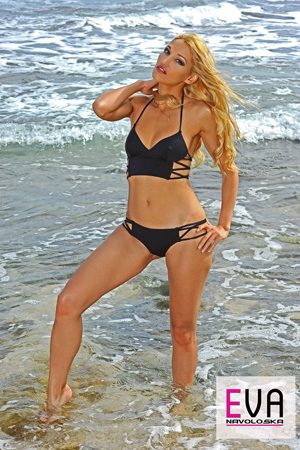 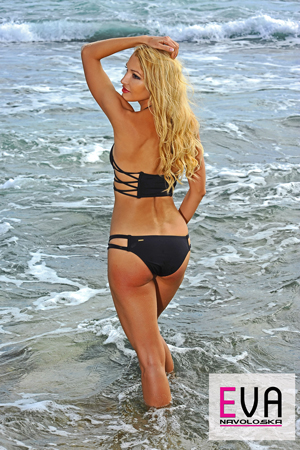 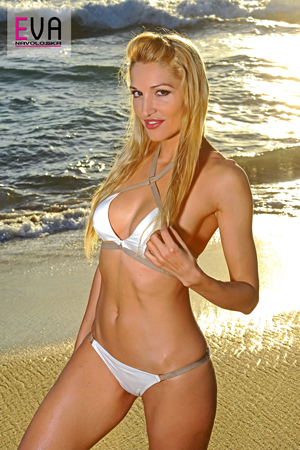 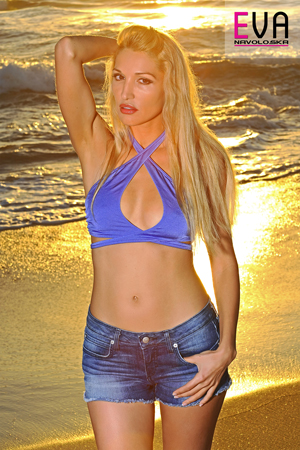 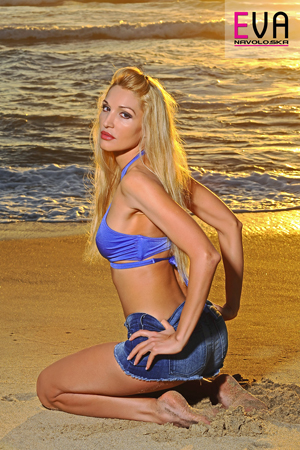 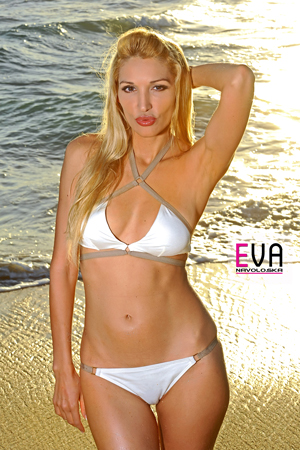 Eva Navoloska was born and grew up in the Ukraine. In her early 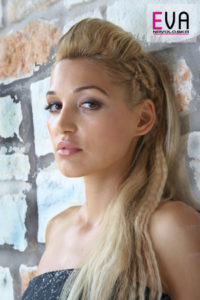 teens her family moved to the USA and settled in Austin, Texas, where she still lives today.

Although Eva Navoloska is an American now, she still has a lot of Ukrainian in her, starting with my distinct Slavic features and “exotic” accent, as many people have described it. Eva Navoloska experience has often been that people come to her in social and public places, and without ever having heard her speak, they tell her that she must be from somewhere else because she has an unusually beautiful features. Many of these “admirers” would often guess correctly about her Slavic origin.

During the time Eva Navoloska lived in the Ukraine, she was modelling for a number of fashion and retail companies, TV ads, and fashion shows. So, she has lots of experience of being in front of the camera, plus, it is something that she really enjoys doing. Even though Eva Navoloska has worked with a couple of big name Ukrainian modeling agencies, when she first moved to the USA, modeling was not exactly high on her priority list. Eva Navoloska first wanted to concentrate on getting her professional degree in finance. Not to mention, she had not spoken a lot of English back then. Shortly after she moved to Austin Eva Navoloska enrolled with a local talent agency, K Hall Model & Talent. She received a few interesting modeling and acting jobs through this agency. Among them, working in a feature film with Robert Rodriguez and Quentin Tarantino, which expanded her imagination and brought new excitement about the opportunities in acting.

However, keeping her profile active at the local agency required a lot of commitment to respond to casting calls, auditions, and networking, which at the time, was more than she could take on while pursuing my advanced degree. Although Eva Navoloska knew what a huge amount of work and dedication it takes, both behind-the-scenes and in front of the camera, she simply could not dedicate as much time as she would have liked in developing her modeling and acting career. Eva Navoloska felt it was more important to concentrate on my long-terms goals of expanding her education and having a reliable fallback career. However, even while pursuing her professional studies, her inspired and passionate nature was searching to express itself through numerous spare-time artistic endeavors in visual art, photography, dance, and acting.

Eva Navoloska is passionate about visual art, and photography holds a very special place in my heart. She believes that photography can help us see objects and people in different and unusual ways, evoke a multitude of emotions, and offers us a way to capture and preserve the past and the present. Photography can also create an incredible photo-fantasy that awakens our imagination in ways never experienced before. Recently, Eva Navoloska become a fan of concept and digital art photography.  She really enjoys the work of several well-known photographers, and would love to have an opportunity to work with each of them one day. Some of her favorite choices are fashion photographer Karl Taylor, fantasy photographer Drew Gardner, digital art photographers Claus Lillevang, Mark Singerman,  Sunny Marry,  Brooke Shaden,  Alexander Heinrichs,  Lyonel  Stief, and finally, perhaps a sexy sports photo shoot with the crew of SpringBok Design.

Although Eva Navoloska is not new to the industry, and despite having to side-track a creative arts career in order to quickly reach the finish line for my advanced degree in finance, she is ready and able to dedicate more time to pursuing a career in professional modeling and exploring new opportunities in the field of acting.

Shortly after moving to Austin, Eva Navoloska began working with a local talent agency that found her. she had several interesting jobs with this agency. One of her favorites among them was working on a feature film with Robert Rodriguez and Quentin Tarantino. Although her role did not have any spoken dialog, I enjoyed the experience of taking her first step through the doors of a real Hollywood-style movie production. Being on the movie set opened her mind to numerous experiences and excited me about the possibility of acting. Eva Navoloska has begun taking acting classes in classical acting under the tutelage of Babs George of the Shakespeare Theatre, and David Cox, who teaches Meisner’s technique of acting and philosophy about life behind the scenes.

Eva Navoloska made her movie debut in the small budget film called “The End,” which was submitted to the 2014 South by Southwest Music and Film Festival for independent short films category. Having never performed in films before, the movie production was a new and exciting experience for me. It was very different from the acting classes, where an actor should work from the behavior of another actor. She had to watch the camera while imagining that she was looking into my partner’s eyes. It was very difficult, but she really enjoyed the experience. And Eva Navoloska promised myself that it was only the beginning. She would like to thank everyone who supported her in this journey, and she really hopes to be more involved in acting in the near future.