The Ebola virus has claimed its first victim in the US. 42 year old, Liberian born, Thomas 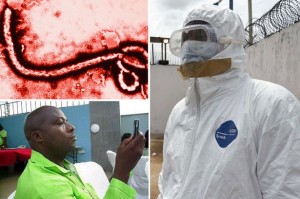 Eric Duncan passed away in Dallas, TX on October 8th

. Thomas had started receiving the experimental drug Brincidofovir on Saturday. He had just been downgraded from serious to stable but critical a few days ago. Thomas is the first person diagnosed with the Ebola virus within the United States.

Thomas was being treated at Texas Health Presbyterian Hospital. Part of his treatment included dialysis and placement on a ventilator. The hospital released this statement:
“It is with profound sadness and heartfelt disappointment that we must inform you of the death of Thomas Eric Duncan this morning at 7:51 am, Mr. Duncan succumbed to an insidious disease, Ebola. He fought courageously in this battle. Our professionals, the doctors and nurses in the unit, as well as the entire Texas Health Presbyterian Hospital Dallas community, are also grieving his passing. We have offered the family our support and condolences at this difficult time.”

It is not entirely clear how he contracted the virus, but he had been in Liberia and had helped a woman to the hospital that had and later died from the virus. He arrived in Dallas on September 20th, and though he felt and appeared fine, noticed the symptoms 5 days later. He went to the hospital with fever and abdominal pain and was sent home with antibiotics. When he got worse, he was taken back to the hospital and placed in isolation. Anyone that had been in contact with him was placed in quarantine, including hospital workers, totally about 38 people. Currently no one is showing signs of sickness.

Mr. Duncan had been clear with medical workers his concern that it could be Ebola and that he had come from Liberia. Somehow the information and concern was overlooked. The medical workers and hospital have been publicly criticized.
Symptoms of Ebola include:
• weakness
• fever
• throat inflammatin
• muscle aches
• headache
• diarrhea

Ebola is not airborn, and is only spread through direct contact with body fluids. Normal medical prevention and hand hygiene should prevent contraction of the virus. Wash your hands and clean surfaces. Above all, do not panic and report any concerns and symptoms if you think you may be at risk.

Jessica – The gal crafting her life of passion at Begin To Craft and teaching others to be a #SavvySouthernParent is podcasting. Follow Everyday Epic Media with Jessica Ballard.
Find me on YouTube