EATING DISORDER; cant be taken lightly about 2 1/2 years ago I entered an extremely dark spot in my life. I hated my body, apartment, job, pretty much life, and myself in general.

I did some pretty stupid things because 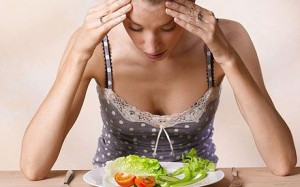 I was having a hard time with life. My eating disorder had completely consumed my entire world.

It all started when I was prepping for my first figure competition. I was doing so well with my diet not even licking a spoon or my fingers during meal prep. If you have competed you know what I’m talking about!!! I was driving home from my night time cardio session so hungry my stomach had this anxious empty pit in it, this empty pit had been there for a few weeks at that point, but this particular night something was different with this feeling or maybe it was just my mind telling me something, something just didn’t feel right. I drove by tons of fast food joints that I passed on the daily and would NEVER stop or even think about stopping for that crap! But this night I said FUCK IT IM EATING SOMETHING. So once that thought was allowed in my brain I couldn’t stop thinking about food, what I was going to eat, how much I was going to eat, where I was going to eat it, and how fast I would eat it.

(SIDE NOTE: A huge sign of the beginning of an eating disorder)

I pulled into a Dairy Queen, ordered about 20 dollars worth of the nastiest, greasiest food I could buy and DEVOURED that shit like a homeless person with a fancy steak dinner.

After I ate all of this food I sat in my truck and all of the sudden started to feel TERRIBLE not physically but emotionally and mentally. I started freaking out and panicked! I started sweating, my heart was racing and I felt lost and confused. I raced home and ran to my room. I had a roommate at the time but I think he was out with his friends. I went straight to my room locked the door went into my bathroom and locked that door as well. I looked in the mirror and what I saw was terrifying (or at least in my eyes) I was so stuffed, the skin on my stomach was tight and I my breathing was shallow. I knew I had to “get rid” of the food or at least undo what I had just done; I had to make things better and not let my binge show on the scale the next morning.

(SIDE NOTE: Eating disorder written all over it)

So there I was in my bathroom, mascara running down my face, fingers down my throat. I threw up so hard my stomach felt like I was wringing it out like a soaked towel. The toilet bowl water with puke splashed in my face and the anxiety and adrenalin I felt was so fucking insane. It was kind of like a roller coaster ride, first the anxiety sets in while your standing in line watching all the people scream on the ride, then getting on the ride and the rush of adrenalin as you drop down a 300 foot drop, falling so fast just to swoop back up and twirl around, and after stepping off the coaster you feel crazily satisfied and relaxed you’re ready to do it again. YEP sick as fuck but I was HOOKED! Hooked and terrified. I knew my new addiction wasn’t something I could tell people so I didn’t. I sat in the floor exhausted but strangely calm, crying like a baby. I pressed my face into my towel and screamed because even though I liked the rush of doing something so crazy I was deathly scared. I didn’t know what to do.

Minutes later, I got up, washed my face, brushed my teeth and cleaned the bathroom. Thank God I did it when I did because my roommate decided to have friends over that night. I went out and emptied my cooler and did my dishes then went to sleep or at least tried to sleep. I lay there dazed and confused, thinking what have I done? I couldn’t even wrap my mind around this awful feeling I had. This awful feeling that I had fallen in love with, the start of an eating disorder.

The next morning was horrible!! I had cramps in my muscles and was so tired and dehydrated I could barely move. My hands were swollen, I busted blood vessels in my eyes, and just all in all was dragging ass. But I was looking leaner than ever! In my mind I was good to go!! Dropped 2 pounds that morning, success, my eating disorder told me. I got dressed and headed out for my morning cardio session.

Okay okay, I know, the title of this article may leave you asking questions. An eating disorder? The beginning of success? What?! An eating disorder is like having a drug or alcohol addiction. It is a terrible thing and I wouldn’t wish it on anyone, not even my worst enemy, but if you want to be successful you need to be willing to go through pain, hardships, failure, anxiety, and cruel happenings. The road to success is not paved with rainbows and unicorns. With that being said I DO NOT recommend getting an eating disorder to be successful, this is just the beginning of my journey. Throughout these articles I want to show each and every woman, man, teenager, child, competitor, or model that you can overcome anything in life, you just HAVE TO BE WILLING TO TAKE THE HITS!!! Anything in life is possible you just have to be willing to overcome, and not only overcome but, keep moving forward.

http://www.teenhealthandwellness.com/static/hotlines
A 24/7 Hotline for anyone. If you need help reach out. You never know what is in store for you. Take control of your life.