Future, Drake and the venue Bridgestone Arena are being by a woman for 25 million dollars, in Nashville TN where 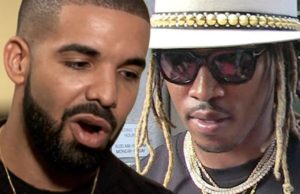 the concert was held because she stated she was raped by one of the employees of the venue.

On August 14th 2016, a woman was approached by an employee of the event was asked if she wanted the opportunity to meet Drake backstage. She was then lead backstage where the attacker allegedly pushed her to the ground and raped her according to People Magazine and TMZ.

The attacker who was later identified as 38 year old Leavy Johnson who has been charged with rape and is currently awaiting trial according to other media sources. According to the NY Daily News Leavy Johnson fled the state of Tennessee in May after the alleged rape and was later arrested in Florida. The U.S Marshals’ fugitive task force with the help of the Nashville police flew him back to Nashville to face an earlier charge during that time frame. Leavy Johnson worked for the Deleware North, a concession stand company contracted by the venue. He also had other outstanding warrants for previous assaults.

The woman is suing on the basis that the attacker had warrants involving assault and the venue hired him knowing this information. She is also claiming that the company who provided security to Drake and Future should have looked into his background and determined that this individual would be considered a possible threat.
The woman is seeking a total of $25 Million for physical and psychological damages. Drakes Rep did not provide a comment and Future’s did not provide any comments.