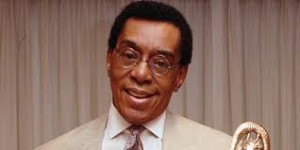 Saturday morning.  After the cartoons and the house chores, there was only one thing left to do: watch Soul Train, http://soultrain.com.  I watched Soul Train to see some of the best and greatest R&B acts in history.  I watched Soul Train to learn the newest dance steps.  Most of all, I watched Soul Train to observe the coolest cat on television: Don Cornelius.  It was the 70’s and we had a Afro-American man on TV who wasn’t telling jokes, shuckin’ and jivin’, playing second fiddle but instead dressing slick, speaking smooth and reeked of cool.  Yes, despite the tragic end of taking his own life, that’s the way I want to remember him.

Don Cornelius was the creator of a television show that not only impacted Afro-American society but American society as a whole.  He recognized a huge gap in the television entertainment and filled it with what would become a Saturday morning staple for 35 years.  Don Cornelius’ insight to what television was missing released an outlet for R&B, soul, hip hop, funk, jazz, disco and gospel artist to be heard where they normally would not have a voice.  Being a kid from Philadelphia PA, I got to hear a Gamble and Huff tune being introduced by Cornelius saying “We got another sound comin’ out of Philly that’s a sure ‘nough dilly”.  You wouldn’t get that anywhere else.  Nor would you get an appearance from an act like Harold Melvin and the Blue Notes featuring a young Teddy Pendergrass.

Don Cornelius was born in Chicago’s South Side on September 7, 1936.  After graduating DuSable High School in 1954, he joined the United States Marine Corps and served in Korea for 18 months.  When he left the military, he worked as a tire salesman, a car salesman, an insurance salesman, and as an officer with the Chicago Police Department.  Now this is where it gets interesting.  In 1966, Don Cornelius was married with two sons and only $400 in the bank and he did the unspeakable: he quit his job and enrolled in a three month broadcasting course.  This bold move would pay off later that year as he landed a job as an announcer, news reporter and disc jockey on Chicago radio station WVON.  In 1967, he was hired as a new and sports reporter by WCUI-TV, an upstart UHF station in Chicago.  Cornelius was promoting and emceeing a series of concerts featuring local acts that would tour the area Chicago high schools when he wasn’t being a reporter.  He called his travelling show “The Soul Train”.  In 1970, WCIU-TV gave Cornelius the green light to bring his show to television and Soul Train premiered live on August 17, 1970.  Cornelius later moved the show to Los Angeles, CA, where it went into national syndication.  Don Cornelius hosted his show from its inception until he stepped down in 1993.  As writer, producer, and host, Cornelius was a major factor in presenting America with the newest in R&B and at the same time, exposing these artists to new venues.  He also created a large opportunity for talented dancers.

Don Cornelius was a pioneer.  The creator of the iconic Soul Train, http://www.soultrain.com , which was watched every Saturday by a kid with an afro and bell-bottoms. Good-bye, Don Cornelius, it was a stone gas.  Love, Peace and Soul.