Don’t let go of your dreams!

I did an internship in the summer of 2008 with the SCDOT in Columbia, SC. I spent 3 months of my life learning about geotechnical engineering when I could have taken 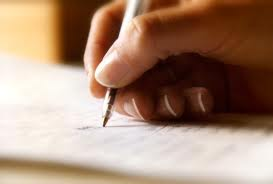 the easy route and not did an internship or summer school. Well, little did I know what that summer was going to turn into.

I loved being in Columbia and I learned so much that it made me reconsider my concentration in engineering. I went from structural to geotechnical (playing in the dirt) and transportation. The rest of my college career was devoted to those two things. However, it was the end of my 2008 internship that really got to me.

On my final day, I got so many compliments and that made me feel on top of the world. I remember standing at the door and looking back into my office and looking at my desk knowing that the next week, I wouldn’t be sitting there anymore. In fact, they were already preparing for the new person to come. I remember saying, “you did good”. As I made my way north on I-77, there are trees in the median just as you cross into Fairfield County. I remember having an emotional moment because I just wanted to go back. It was at that moment that I knew that I wanted to be an engineer and that I wanted to work for the SCDOT and that I wanted to work in Columbia.

Well, as of September 2011, I am doing all of those things. It took 3 years, but it was well worth the wait. Of course, I had to complete my college degree, but it took me 9 months after graduation to find a job. All things considering, 9 months is not a long time. It was those 9 months that made me a better and stronger person. Honestly, I look at it as if He was giving me 9 months of pregnancy because he knew that I was getting ready to give birth to greatness!

Why do I tell you this? Well, I tell you this because I want you to set some goals, write them down, and never let go until they are achieved. Once you get those goals achieved, set new ones! Never settle! You keep going until you have attained all that you are supposed to attain in this life. It is yours to take, just as much as it is yours to lose.

Let me give you another example. I took a drafting class in high school and our teacher made us write a short “about me” section for our drafting notebooks. Since I don’t have it here in front of me, I cannot give you the direct quote. However, I do remember writing something to the effect that I would one day make it in the entertainment industry. Well, I’m not a musician, a model, or an actress. Ironically, when you think of the entertainment industry, you think of those 3 things. Not that I had given up, but I was prepared to, eventually, have to let go of it. I had to write that for my drafting notebook in either 2001 or 2002. Today, I’m writing you as a member of the Vyzion Entertainment family.  It’s a decade later, but mission accomplished.

Why am I saying this? I need and I want for you to understand that ANYTHING that you set your mind on can be done. Just reach for it!

Now, let’s not get it twisted. Not everything is going to involve money. We all want it and we all know that money makes the world go around. However, not all great things have to do with money. You might not get rich with dollars, but reaching an goal that you had set will make you richer in so many different ways.

I know that things may seem impossible and you may seem like you are losing all types of steam, but don’t let go. The only time that you should let go is when you are drawing your last breath. Other than that, keep going. I think that Dory in Finding Nemo (don’t act like you did not watch that movie) said it best…just keep swimming. Whatever goal you set is already yours. You just need to be ready and willing to do the work that comes with getting to it. Please, don’t let go…don’t ever let go.