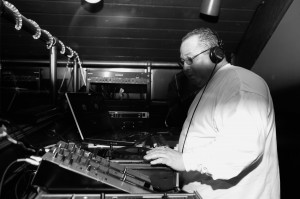 ZX officially launched in the spring of 1982.

DJ ZX assumed the title of premiere disc jockey at the Fort Knox Teen club fresh out of high school as an Army brat. DJ ZX put on a pair of shell top Adidas with a white Kango (tilted to the side) and he never looked back. DJ ZX’s passion for music manifests itself through the art of quality battle mixing, cutting and scratching upon his arrival to Alexandria, VA where he became immersed in the Disc Jockey culture. The remixes he did for 2 well known artists lead him to an outstanding career as a young, up and coming disc jockey for 95.5 WPGC. DJ ZX’s skills led him to becoming a music producer and also doing some production.

DJ ZX has done work for groups such as Mint Condition, remixes for The Firm, and Wyclef Jean. That then led him into more quality DJ’ing like the presidential inauguration, the Black Man’s Collation March in 2006, and various charity and organization functions throughout the DMV area. He has received appointments as the official Disc Jockey for The Washington D.C. Chapter of The R.O.C.K.S Inc. by Colonel Conrado Morgan (Chapter President). Disc Jockey ZX takes pride and quality in being classified as one of the best, never under-rated and never duplicated with excellent MC skills in motivating and moving a crowd.

DJ ZX has been blessed in being able to feel and see what moves a crowd and knowing what to play and when to play it. This is not something you get overnight but you learn through time and experience. DJ ZX has mastered this quality art to a science and has 33 years of excellence to prove it, with many more years of quality perfection ahead. DJ ZX is now an Official member of the Vyzion Elite DJ’s .