DJ Victor Martinez Sanchez A.K.A the one and only DJ Vic Messie. Born in Puerto Rico on October 21, 1983. Ever since he was a kid he has been around music and always knew music would play an important role in his life. His 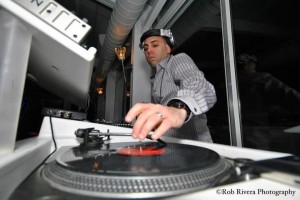 mother used to be in charge of many main events back in Puerto Rico, therefore he was always around some of the biggest artists there. At the age of 12 he first started messing around with mixer boards and sound equalizers. He started playing the drums at 16. He moved to New Jersey and decided to put his drum set aside. At just 16 he
bought his first set of tables and a mixer. He knew right then he found his greatest passion.

Through sacrifice, dedication, and practice DJ Vic Messie climbed his way to the top as a well-known, successful DJ.

In the beginning the business was a struggle. Most of the DJs in Jersey didn’t want to see others succeed and were intimidated by young DJs, like himself, who could show them up at their own game. He made it through stronger than ever and became one of the best DJs in Jersey. His next move was to take his talent and knowledge to New York City. He started DJ-ing at Sound Factory with Joe Blaze Productions. He then became a well known
and respected DJ in the most cut throat city in the industry. After NYC he knew it was time to come back to Jersey and dominate the scene and here is where he took the NUMBER ONE SPOT.

DJ Vic Messie’s career first took off in his hometown of Puerto Rico at Babylon Night Club. After that he DJ’d at some of the hottest spots in Puerto Rico such as Brava and The Myspace Club. DJ. VIc Messie then moved to New Jersey where he dominated the club scene by throwing down his mixing skills all over the state. Listed here are a few of the places he has graced with his presence and talent: Krome, Abyss, Deko, Colosseum, Ashes, Reds, La Riviera Lounge, Metropolitan Lounge, Pure Go-Go, Studio 9, XXXV Go-Go, Chris Michaels, Poor Billys, Hummers Night Club, Rams Head Tavern, Browntown Bar, Platinum, Glo, and Perle. He has also DJ’d down the Jersey Shore at spots such as: XS, Merge, Jack & Bill’s, Jenks, Djs, Bar A, and Element. DJ Messie made his mark in New
York City at clubs like Sound Factory, Pacha, and Club Exit. Next, DJ. Messie took his game over seas to Qlimax in Germany and then to Spain at Space Club, Ministry of Sound, and Ibiza. After leaving Europe and returning to the states DJ.

Vic Messie went to South Beach, Miami to take control over clubs such as Dream Night Club and Club Zno. This is just to name a few of DJ. Vic Messie’s accomplishments and is only where the legend of DJ. Vic Messie begins. STAYTUNED PEOPLE DJ MESSIE CAN BE COMING TO A CLUB NEAR YOU.