DJ TWeAK was Born in Aleppo, Syria and raised in Pittsburgh, Pennsylvania.

DJ TWeAK began his DJ career at age 12 on a pair of Technics 1200’s. Over the past four years TWeAK has really developed himself as one of Pittsburgh’s premier DJ’s. With his energetic 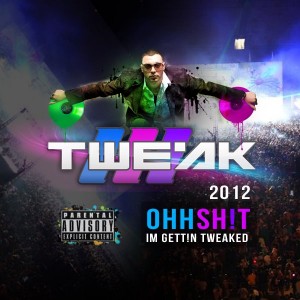 style, he has spun at hundreds of shows and events in the city’s largest elite nightclubs and concerts.

DJ TWeAK knows how to give you the ‘show you’ll never forget.’ Whenever he is on the wheels of steel he is creating a unique musical experience while leaving no empty room on the dance floor. TWeAK’s abilities make him an open format DJ, spinning multiple genres such as hip-hop, rock, mainstream, and house.

DJ TWeAK delivers the best experience while blending multiple genres, as well as dropping live mixes and mash-ups which are like you have never heard before. DJ TWeAK mixes live and on the spot so he can deliver something unique and new for you at each and every event you attend.

TWeAK is also known as a producer or ‘remix artist,’ for the World Famous Crooklyn Clan’s Crack4djs.net, as well as yourremix.com; which are two of the DJ world’s leading sources for club remixes. TWeAK’s production career started on Adobe Audition, but now has moved to Ableton Suite, Logic Studio and Protools.

You can hear TWeAK as a featured artist and mix show DJ for WVYZ VYZION ONLINE RADIO North Carolina.

TWeAK is also on multiple DJ squad rosters such as World Famous RadioScreams DJs. You can rest assure that when DJ TWeAK isspinning, the dance floor will be hot and packed to capacity!

Join us on FB http://www.facebook.com/vyzionentertainment