DJ Supreme born @ Harlem Hospital New York City during the B.H.H ( Before Hip Hop ) Era which explains the knowledge & love for this hip hop culture . Being Able to witness Hip Hop evolve from a state culture and transform into a world wide culture.

Dj Supreme begin to love music 30 years ago while playing with his brother records. He then begin to record Mr. Magic (R.I.P ) & Marley Marl ( 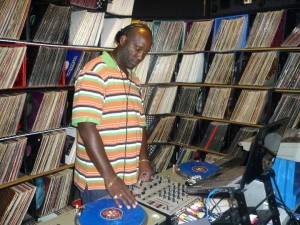 WBLS ) / Red Alert & Chuck Chillout ( Kiss Fm ) tapes. But it wasn’t until he witnessed Grandmaster Flash do his thing in Harlem World that he wanted to become a DJ. At this time DJ Supreme migrated to the south and joined a crew called Imperial Material The Geganti Family as a rapper. At this time DJ Erick Vaughn ( Def Jef DJ ) aka Gran Pre E-Z-E decided that Supreme was a better DJ than a rapper and tagged him the name DJ Supreme The Silent Assassin. DJ Supreme begin doing mixes on Wiiz 97.9 fm and several internet radio stations. In Oct 2007 DJ Supreme was contacted by Klassik Ceo Of the Fleet DJs to join.. soon becoming Vice President and then moving up to President. Having the knowledge of hip hop laid the foundation for Dj Supreme The Silent Assassin to become the D.J that he is today . Associating himself with some of the most reputable Dj’s — signed and unsigned artist in the music industry of today .

Dj Supreme likes to network with pioneers such as Melle Mel , Eric B , and Mister Freeze ( Jazzy 5 mc’s ), The Great Peso & The Microphone Wizard D.L.B ( Fearless 4 ) Pow Wow ( Soulsonic Force ) & The Imperial Jay Cee. Plus many others

. DJ Supreme stills enjoys digging in the crates to spin vinyl ( along with serato & 16 Tb of mp3 ) to this very day.

The Fleet Flavers Mixshow was created for music lovers of the music from the past era of the 60’s to present day music. While understanding old school tunes were being missed by music lovers on a world wide scale Dj Supreme decided to do something about it. Thus The Fleet Flavers Mixshow was created in 2007. This mixshow that spins Hip Hop a& R and B from the past was designed with one concept in mind to give the listeners what they haven’t heard in a long time to make them rhyminisce and wonder where and what they were doing when this song came out .