Dj Sunny was born and raised in Kenya, East Africa; he grew up seeing turntables in the house as his uncle was a DJ and lived with his family. At the early age of 12 years old he would accompany 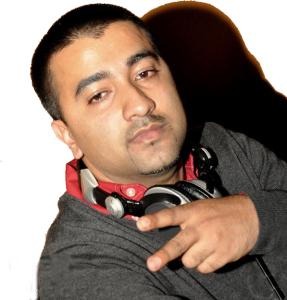 his uncle to his gigs and help setup the sound and lighting. For him, it was a part of daily life being around a DJ and working with electronic sound equipment. He has been a part of events hosted at various locations like Nuvo Lounge, Carmens, Crowleys in Raleigh NC, Love Night club in Washington DC, All Nations in Baltimore MD, Velvet room and Queens in Atlanta GA. Dj Sunny has also been very active with the Raleigh area Proms, Weddings and corporate events.

Dj Sunny moved to the United States to Missouri in 2003, while in college in Missouri he had the chance to DJ at club Shattered in Columbia Missouri. In 2004 he moved to North Carolina. After moving to North Carolina he formed an entertainment brand called Sistuki Entertainment; and in December of 2009 Dj Sunny and a close friend got together and formed an entertainment company called The Kollectiv. With this new branding, The Kollectiv hosted a series of Zodiac events in Raleigh that went Viral and within a year had a wide recognition within the Afro-Caribbean community in the triangle.

Dj Sunny has the ability to take any crowd, no matter how diverse and turn it into a party where people are guaranteed to have a great time. Specializing in Reggae, Dance-hall, African, Hip Hop, RnB, Top 40s, Dance, Trance, Techno, 80s, Soul, Soca and Calypso he is sure to keep you on the Dance floor.

Make sure you tune into Vyzion internet radio everyday to listen to Dj Sunny. Follow him on twitter @ sistuki to know his exact time slots on Vyzion radio and to stay updated with where he will be spinning next. Make sure you get the Vyzion smart phone app as well, available for free on the android market place or the apple store.

“Entertain your soul to music”