DJ Logic aka Logistical Styles is a DJ and Producer in the Atlanta area. Originally from Long Island, New York, DJ Logic is a lover of music and good times.

Logic is a resident DJ at The Uptown Comedy Corner where he spins weeknights for national comedy acts. Logic creates the Ladies Night Mix 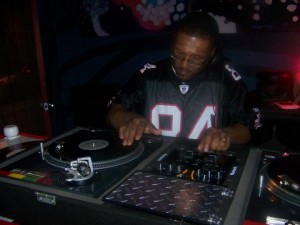 series on a monthly basis and has been growing his following through these mixes. DJ Logic is a well rounded Dee Jay that can mix Hip-Hop, R&B, House, Top 40, and Old School music with precision and ease.

His past clients include: The Shark Bar, Banana Wind, Ann Taylor, Macy’s, Mountain Dew, and Kool .  Logic has experience as a mobile DJ, radio mix DJ, corporate tour Dee Jay, and mixtape Dee Jay. He is also a well seasoned battle Dee Jay and turntablist that takes pride in his technical abilities as well as his crowd rocking skills. DJ Logic is also an electronic hip-hop producer. His instrumental beats use elements of hip-hop and combine them with the experimental sounds often found in electronic music. He began producing beats as Logistical Styles in 2005 while sometimes switching between the D.J. Logic moniker. In 2011 He began producing exclusively as Logistical Styles.  As a producer, DJ Logic has placed music on almost every major cable network including, MTV, VH1, BET, Showtime, and many others.