. Anyone that knows DJ Khaos will tell you that his love for music is not something that just started. As a kid, music was always constant no matter where 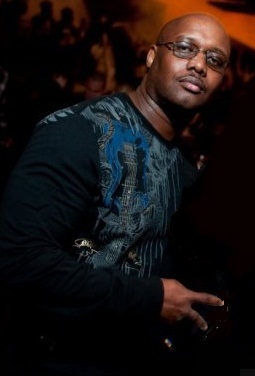 he was, at his house, or for any occasion or none at all—music was everywhere. From playing on his mom’s component set to listening to the cassettes on a boombox, music was a central point in his life.

DJ Khaos and several friends formed the popular DJ group known as The Renegades. The Renegades were well known in Columbia, SC for the uniqueness of each DJ’s style and for their fantastic house parties. DJ Khaos carried his skills and love of music out west to Arizona where he played many events and was a guest DJ at several clubs during his 2 year stay. Upon returning to the east coast, DJ Khaos met DJ Sam Cooks at the popular Secrets nightclub. This would lead to DJ khaos becoming the backup DJ and eventually the head DJ, a position he held for 5 years. Known as one of the top club DJ’s, has ignited request for his skills at various events and shows across the United States.

DJ Khaos has spent over 20 years perfecting his craft & creating a unique style which is put on display whenever he touches the turntables. People all over the world have had the pleasure of partying to the “KHAOTIC MIX” series produced by DJ Khaos and his personal appearances.
The future looks bright for this dedicated mixoligist!!