Charlotte Nightlife lovers are in for a treat with DJ Jay Quest is set to take the music Djing industry to a whole new level.

“A journey in pursuit of a lofty goal” is how Webster’s New World dictionary defines a DJ Jay Quest. 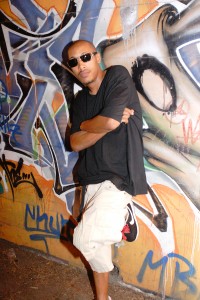 However Jay Quest is a little more complex. In the definition, the word goal is singular. And this young entrepreneur has a lot of goals. His first goal is to exand and put the Charlotte Nightlife scene on the map.

DJ Jay Quest was exposed to music at an early age. His father was a musician and exposed him to a variety of music including Jazz, Big Band, R&B, The Blues and Disco (pretty much everything). Record shopping was one of their favorite activities. He would travel up and down the East Coast with his father visiting most record stores in each major city. This allowed Jay to be exposed to the Hip Hop culture at it’s purest form. He would record mixshows from legendary radio stations; WBLS, KISS FM of New York, and Power 99 out of Philadelphia. Radio and DJ icons: Red Alert, Mister Magic, Marley Marl, Awesome 2, Roc Raider, Kid Capri, Doo Wop, Aj, Tat Money and Grand Wizard Theodore, are some early influences that inspired him to pursue turntable wizardry.

It was around the mid 80’s while in Baltimore that DJ Jay Quest scored his first set of turntables and mixer. He studied the craft until he was equipped enough to perform many venues as a teenager in Tidewater area (The 7 cities) Virginia.

DJ Jay Quest continued to do parties and clubs throughout VA. He performed numerous college events with Mr. Dj Mr. Nice which led him a radio show on Hampton University’s WHOV 88.1. Quest has also opened up for major shows for numerous artist and Dj’s including Rocafella, DJ Clue, DJ S&S, Dave Hollister, Petey Pablo and Rhymefest just to name a few.

The Quest is far from over. DJ Jay Quest is delving into side projects that will compliment the music and promote the culture. Building a strong network and team is the key to success is what he would tell you. Stay tuned for what’s going to happen next! Remember – Dj’s are the core of Hip Hop – Respect the Dj’s. The Charlotte Nightlife scene is in for a treat.