DJ Jae T was Born in Cliffwood NJ also known as John “DJ Jae T” Toal has worked hard to get recognition in the DJ game today. Music has always been a passion for Dj Jae T grabbing his attention at a very young age. Growing up his boom box was always his favorite toy playing music until he would fall asleep every night.

The first time he heard DJ AM he fell in love with the sound of DJing. Some of his inspirations from the worlds top DJs such as DJ Jazzy Jeff, DJ AM and DJ Yonny. Listening to the 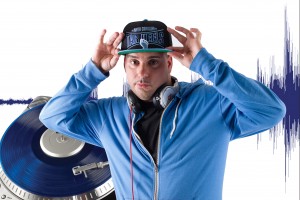 way DJs would flawlessly blend one song to the next keeping the crowd going crazy the whole night was something that really caught his interest.

Branding his self as open format DJ Jae T wanted to learn every genre of music to be able to cater to any type of crowd. Within a short amount of time he has played at some of the most well known venues in New Jersey Including: Park East, Bambu, Dolce, Chris Michaels, Windansea and Foundation Room in Atlantic City. Being humble and a people person is something that has helped him become where he is today.

DJ Jae T with his extensive library allows him to sound different every time he spins with the ability to mix in and out of House, Top 40 and Hip-hop all in the same set is something that keeps the crowd guessing all night long! Linking up with Internet radio Vyzion Radio in early 2013 has been his latest power move.

Through his hard work, passion and love for the game there is no telling when he will slow down. Be on the look out for DJ Jae T as he is starting to take this game by storm.