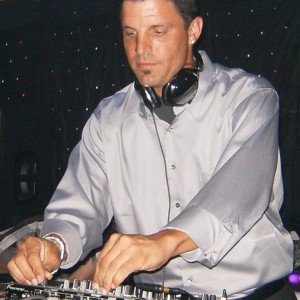 around a bit starting in the D.C. area. During my early teenage years you could find me friday nights at the community center dances. Dancing was an early interest for me, and while wearing hammer pants I took on all comers on the dance floor, and held my own against most. During high school there was another move, this time to Tampa, FL. I took my love of music and dancing to the dance floors of Ybor city during the Miami bass, break beat, and electro explosion of the 90′s. This is when James became J-ROK. My latest move (1997) was back to where it all began, New Orleans.

My buddies and I started mixing records soon after, and I found myself to be a natural talent. I became one of the hottest new D.J.’s in the city, bouncing from club to club. Soon we teamed up with other local talent to form the Goodvibe Nation. We then toured around the Gulf of Mexico with stops in Cancun, Mexico (Sundance music festival), New Orleans, Bay St. Louis, Gulfport, and Panama City. I have been playing the New Orleans scene ever since holding such residencies as Kennys Key West(fat city), Escapades ( fat city), Pyramids ( Metairie), The Mardi Gras Club ( french quarter) , Club Tonix (bourbon st.) and many stops in between. I feel my mission is to make (them) dance and will continue to do so for years to come.