DJ Grim India’s Number One DJ Green City of India, Chandigarh, a common guy with an extraordinary love for music and electric vibes came this Electro music based DJGRIM Bhardwaj.

The more you hear him, the more you’ll love him. He believes in music as a medium to get God.  His salvation lies within music and serving music is his duty on earth. 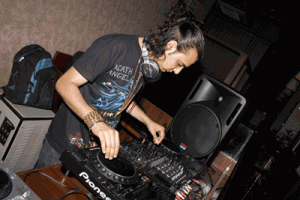 GRIM always says “My Passion is My Profession.  I love my job because this is the way to serve God and mankind.  This is all what I have and I promise to give you more and more out of my talent which God has given me.”

Working as a resident DJ in Level 3 (Bangalore, Karnataka, India)

Shared the stage with: