Dj Finesse is a former Dj for Bad Boy Entertainment/Records, Finesse has built a reputation of being one of the hardest working Dj’s in the industry!

Dj Finesse was Born and raised in Rhode Island, one of the smallest states in 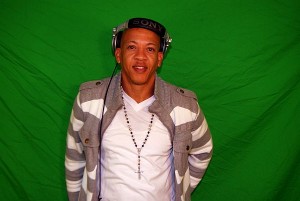 the country, Dj Finesse has always been determined not to let his region be the reason for a lack of success! His drive, love for music and family keep him working hard, yet well grounded! His personality and talent has afforded him longevity in the entertainment industry. Over the past 12 years Dj Finesse has accomplished a great deal. His biggest accomplishment came in 2005 when he caught the eye of Rich Dollaz, Sean Prez, and Hen-Roc, three very influential components of the Bad Boy Record Label. After tireless months of hard work and traveling back and forth to New York, the trio witnessed his work ethic first hand and agreed that he would be a viable asset to the label and made him an official Dj for Bad Boy Entertainment. Although landing an opportunity to work for one of the most successful record labels in the history of music was a remarkable achievement, his other accomplishments should not go unnoticed!! In 1999 he was the main Dj for the “Mountain Dew” tour that brought him from Rhode Island, Mass, NY, Chicago, Wisconsin, and ended up in Indianapolis for the 1999 men’s basketball NCAA Final Four.

In 2000 Dj Finesse recorded BET’s number one rated video show “Rap City the Basement” with host “Big Tigg”. Still in 2000 he was a celebrity Dj for the NBA All-Star weekend in Philadelphia. There he joined Jaimee Foxx, Mr.Cheeks, Fatman Scoop, and Dj Envy just to name a few! In 2001 he recorded BET’s number two rated show, “106th and Park” with hosts “AJ & Free”. On the show he was the Dj for Hip-Hop legend “Special Ed” for a live performance of “I got it made”. That same year he traveled abroad to Switzerland for a three city tour to Zurich, Basil, and Bern where he played for sold out crowds six out of eight nights!! In 2003 he was the headline DJ for Dominique Wilkins for his celebrity party during NBA All-Star Weekend in Atlanta. In 2004, he shared the stage with Dj Whoo Kid from G-Unit in Montreal Canada for a 50 Cent after party. Since that time, Montreal has embraced Finesse as one of their own and he has gone back every six months to do events.

Since 2005, Dj Finesse has been working harder than ever to keep his status and place in the industry. In 2006 he attended the Vegas Majic Clothing Convention where he linked up with the clothing line “Headgear Sportswear”, now known as “Blac Label”. Along with Bigg Tigg, Finesse is not only a spokesman for the line but is sponsored by them as well. At that show he was the Main Dj for the Apple bottom Clothing Booth as well as the Headline Dj for Nelly at the Mandalay Bay’s Rum Jungle as he crowned Ms. Apple bottom for 2006. In 2006 he also traveled to Maryland to do “Blac Labels” clothing party. Still, in 2006 he was casted in his first full feature film called “Hard Luck” starring Wesley Snipes, Sybil Sheppard, Bill Cobb, Mario Van Peebles, and Louis Guzman. 2007 was a busy year as he was the headline Dj for NBA All-Star weekend party for 310 clothing in Las Vegas. He also was the headline Dj for a Snoop Dogg, Bishop Don Juan Mansion Party. In that same year he was the headline Dj for Super bowl XLII in Arizona where not only did he perform with, but was the booking agent for Flo Rida, Styles P, Kid Capri, and a Bad Boy showcase featuring, Yung Joc, Mario Wynans and Cherie Dennis hosted by Doug E Fresh.

Still in 2007 he attended Richard Branson’s Celebrity Auction in Hollywood California along with celebrity jeweler “Lex Diamond”. 2007 ended with Finesse being invited to 50 Cents mansion two times, once for a Dj Appreciation Party and another for a BET Pool Party.

After these events in 2007, Dj Finesse took a 3 year hiatus to put his wife through nursing school while staying close to home to take care of their 8 year old son. He chose selected events such as “The Carolina Blue & White affair” in North Carolina, hosted by Antoine Jamison. Dj Finesse traveled to San Diego twice, once to do a Ms. Hooters after party, and another to do a birthday party for one of the biggest promoters in the Bay Area.

In 2009 Dj Finesse traveled abroad to the Dominican Republic to be the headline Dj for a Law Enforcement Basketball tournament. That same year in 2009 he went to South Carolina to Dj for a New Year’s Eve party featuring Hip-Hop legends Chubb Rock, Nice-N-Smooth, and Big Daddy Kane. In 2010 he executive produced a track for Olivia from G-Unit that featured multi-platinum Hip Hop artist “Drake” that hit the web with a storm! Later that year DJ Finesse was invited to Baton Rouge by Firefighter “Ben Thomas” as well as Chief Judges, Senators, local police, the Citadel Radio Station to take a look at the social problems plaguing the city. Not only did he Dj for an Old School party, but at present, he is instrumental in setting up programs to teach the youth life skills and job skills.

In 2012 Dj Finesse was the Headline Dj for the Foxwoods Casino 20th Anniversary hosted by “Diddy” where he shared the stage with Jim Jones, Chrissy, and Cassie. It’s now 2013 and Finesse has not only reunited with his former manager Kevin Gibson from “Missing Link Entertainment”, but “Rich Dollaz” from “VH1’s Love & Hip Hop”. In July 2013 he spun for a sold out crowd at MGM Grand’s “Liquid Sunday”, the hottest pool party on the east coast. He is not only a Dj, Dj Finesse is a brand, and vastly becoming iconic. At present Finesse is the official Dj for the Providence College Friars, one of the hottest teams in the men’s NCAA Big East conference. He can be seen spinning live in front of thousands as well as on Fox Sports 1. The sky is the limit for Finesse as he continues to expand his brand throughout New England and the rest of the country.