Born in to a musical family DJ Andrew “Drew Kidd” Petrella has been brought up hearing music being mixed into different ways all his life. It came to no surprise to anyone in his family when he decided to go into a Music career for a living. 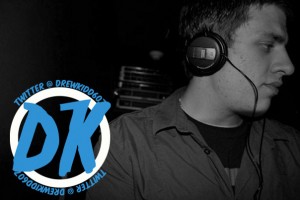 where he worked as a bouncer at the night club he now calls his main residency. Seeing the way the other deejays rocked and controlled the crowd was something he was very interested in. However making his way into the deejay rotation at the club wasn’t easy at all for Drew Kidd. It took a deejay getting fired and another having a prior commitment for Drew Kidd to be put in the spot that some would call the breakout set of his life. Being put in front of 900 college kids wasn’t easy but Drew Kidd got up there and spun like no tomorrow, making his statement for the following years to come.

Now at 21 years of age DJ Drew Kidd is the main resident DJ’ing at Stone Lounge, one of the biggest night clubs in the surrounding areas in upstate New York.

DJ Drew Kidd brings the fire every Wednesday and Saturday night spinning every thing from House to the dirtiest hip hop out and continuing to make his mark with his constant live hip hop remixes of todays best country songs. By far on of the most requested deejay of his area, DJ Drew Kidd doing everything that can get him exposure to make a statement as the best. DJ Drew Kidd seems to not be slowing down anytime soon for anyone or anything, although his history is small his ambition and drive is not.