. “A lot of people don’t know that I started Djing in late December 2010”. He decided to start Djing after he went to a local hot spot in the area. 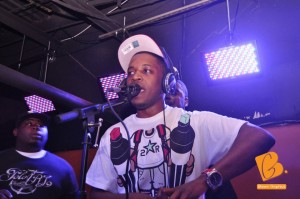 After hearing the local Dj mix that night, he felt like he could mix better. The next few weeks later, he bought some equipment and practiced and a local promoter heard him play at a house party that he hosted.

Since then his career has taken off. Realistically, Dj Del Kover young in the game, however he is worth listening too. Already, he has performed at a number of college parties, charity events, and local clubs. “I have Djed at the Travis Porter Concert locally and a few other celebrities that have come into town.” I have a few mix tapes on www.datpiff.com just search for Dj Del Kover.” Although he is young in the Dj expertise, he is very intelligent in marketing and branding himself. He has grown tremendously continuously building his brand. He has provided music and entertainment for several Internet radio shows, podcast, private parties, cooperate events and weddings. His overall goal is to continue building his Brand and style of DJing. There are infinite possibilities that he would like to take his DJing career.

As far as the Entertainment Industry there are more club events, more concerts, festivals, radio, music production, over seas tours, television and movies that he is looking forward to pursue. He does not claim to be the best but he will be remembered. It’s all about the music he loves it all. He loves to spin for any crowd that is willing to listen. He wants his audience to feel a since of satisfaction after listening to him spin. Follow Dj Del Kover @DjDelKover on Twitter and www.facebook.com/DelKover.