Suniula Daniels aka DJ Dee Daniels was born and raised in Wellington, New Zealand. She migrated to Sydney at the age of 19 and worked in retail, film/ Music industry in the mid 90s, and 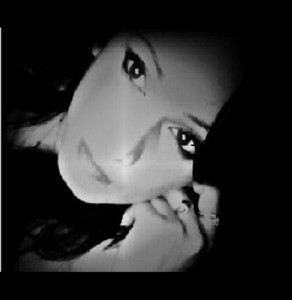 was known to be the only RnB/Hip Hop Female DJ in Sydney at the time. Suniula was given the opportunity by the Sydney promoters to appear on radio stations to promote new club openings and local artists, also contracted through Sony Music to promote new tracks into the mainstream and jammed at 6 top night spots in Sydney. After a 10 year break away due to family commitments, Suniula decided to head back into the music industry. All thanks to her mentors & friends, the Legendary Bowlegged Lou of Full Force & Muzicheadz.com Director Martha Samasoni, Suniula is now Co Host for Vyzion Radio with Host Martha Samasoni, Vice President A&R/ Promotions for Ritmo Records & International Music/Artist Promoter for MuzicHeadz.com.

Suniula will soon rekindle one of her passion as a DJ and join the international DJs on Vyzion Radio and continue to write Advertisements & Biographies for Artists as part of her promotional services also co-host as news line presenter, Voice Over Promos, and occasionally presents her shows alone with Vyzion Radio. Suniula works very closely with Martha Samasoni promoting, organising shows & interviews with these fine artists such as Marc Gordon of Levert II, Bowlegged Lou & Paul Anthony of Full Force, Dana Dane, Doitall, Dennis LA White of Law, Ras Kass, Johnny Gill plus much more across the globe.

Recently Suniula has worked with artists such as Allure from New York on their ‘Made In The 90s Tour’ with Ralph Tresvant, Horace Brown & 112 in Sydney & Melbourne Australia, also toured in California, New York & New Zealand organising shows and Managing LA Music Award Winner Anita Prime & KC & JoJo as Stage Manager & promoter.  This is not the end of Suniula’s Journey in this Industry, her objectives is to excel from her experiences and take as much opportunity available to her to help a majority of existing & upcoming artist across the Globe… her dream is to make their dreams come true. Suniula has so much passion in this music industry; she wouldn’t have it any other way.