DJ C-styles started his career in Queens, New York. He first discovered his talent for music at the age of 6 years old.

He would observe the pioneers such as “Kid Capri, Marly Marl, Red Alert, Chuck Chillout, and other numerous greats” around the block mixing, and 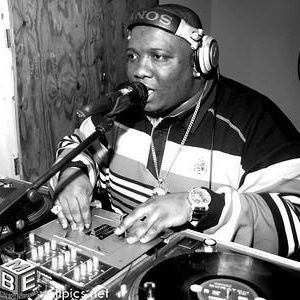 blending old school tunes. That’s when young Brown knew he fell in love… with Hip-Hop. C-styles studied the “Master’s” at work, and hurried home to imitate their styles and gradually came up with his own special flavor. He practiced day, and night driving his family crazy in their two-bedroom project apartment in Woodside, New York. He could not control the invisible force within him that would not allow him to stop.

DJ C-styles decided to venture to Atlanta, Georgia to build his career in the music business in 1999. He started working with So So Def’s street team and gradually started djing for them. Then a long time friend, the legendary Jam Master J, took him under his wing and schooled young Styles in the art of business and music. They remained close colleagues until Jam Master J’s premature death. In 2004, DJ C-styles dream became reality and he embarked on the task of a new label Wonderouz Muzik, Inc. Wonderouz Muzik, Inc. is a one stop entertainment shop catering to the up and coming artist as well as already established artist with production, beats, and mixtapes.

The world famous DJ C-Styles is one of the most influential disc jockeys’ today. His style is a mix of old and new school hip-hop, R and B, reggae, and neo-soul. He can make a crowd get up out of their seats, and dance the night away. He also tours around the world with notable and famous artists. Music is his deepest passion for life and he plans to take it to unimaginable heights. DJ C-styles impeccable dee jaying talent is mimicked by many and embraced by all. He will continue to shape and mold up and coming dj’s with his style, grace and passion.Currently, he’s a Dj for The Furious 5,and Kurtis Blow and still rockin the streets and clubs of Atlanta.