DJ 2 Creamz has risen to establish himself as a recognized name in the local Ottawa scene, from 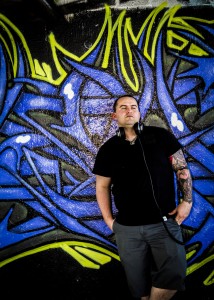 With a solid reputation as a former urban freestyle dancer, DJ 2 Creamz has become known for moving crowds with his undeniably energetic sets.

Inspired by such artists as Laidback Luke and De La Soul, DJ 2 Creamz loves to keep the party alive and flowing. His deep passion for music keeps him constantly mixing fresh tracks to introduce to his
listeners in creative ways. As a result, his fun blends of Electronic sounds with Hip Hop flavours, Old School Classics, and other specialty styles have been widely received by all types of audiences.

DJ 2 Creamz also hosts an after party radio show called “The Mix,” on which he spins live to air on CKCU 93.1 FM every Friday morning from 2 am to 6 am EST. His ongoing support for underground artists has given him the pleasure of interviewing such Canadian household names as Philly Moves, Fresh Kils, Masia One, Attikus, RELIC, Abstract Artform, Spesh K, Jus Frais, Dan-e-o, DJ Cancer the Crab, and many more. As well, his exposure from The Mix has allowed him the privilege to spin at the Ottawa International Writers Festival, Under Pressure Graffiti Convention, and at House of PainT on the same stage as Shad, Maestro Fresh Wes, and Kid Koala.