Destinie Serenity was destined to be someone amazing. Born in the west suburbs of Chicago, Destinie was always an intellectual determined girl.

Never giving up on the things she hoped for in the future. Being raised by a single mother, the hardships and pressure 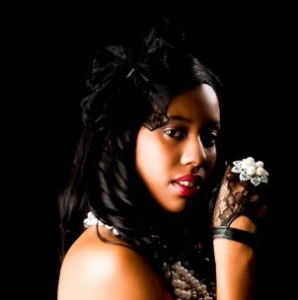 was doubled, but she never allowed that to define her. Destinie’s first encounter with modeling came when she was only 6 from her mom’s job at Petterson Associates which was a business designed in photographing different catalogs. Destinie was in spreads for JcPenny, Lay Z boi, and other department and furniture stores. From there, Destinie’s focus remained on school to assure her education. Graduating from Lyons Township High school with an Academic Scholarship to Illinois State University,

Destinie set off for a new adventure in 2007

As a freshman, Destinie was just like every other student who was lost, confused, and uncomfortable in a new setting. With that, she began a mentoring program with Phi Beta Sigma Fraternity Inc. called sigma carnations.

With this big brother little sister program, Destinie begin to fit in as well as understand the college life and make sure her mind stayed on the prize. Destinie completed the process and became a Sigma Carnation in the fall of 2007 with the new name Carnation Serenity because of her calm, peaceful, and understanding personality.

As the years continued, she became a part of different fashion shows and pageants hosted at Illinois State University, as well as different dance competitions with her dance group Black Diamonds, dancing hip hop and jazz. Although there were some photo shoots throughout her college years, her main focus was to graduate to make her family proud.

Graduating in December 2011 with a Bacholors of Arts and Science, Destinie Serenity was more ready than ever to continue where she left off in modeling. From then Destinie Serenity has worked with many different photographers, has been a part of N’dulge boutique clothing line shoot and also have been in fashion shows. She has many many events in the upcoming months and is excited about the progress and the hard work she has put in.