David Bowie, passed away on January 10th, only 2 days after his 69th birthday. Bowie an English singer-songwriter and multi-instrumentalist was considered an innovator in the industry.

His music has been highly regarded and appreciated over the past 50 years. Bowie ended his suffering battle with 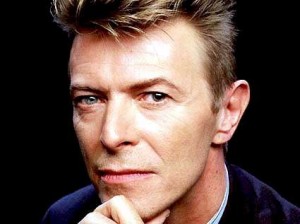 David Bowie was born in South London, Bowie was a two time Grammy award winning musician and award winning actor. Bowie became a staple of the music and film industry. Over the course of his life, David Bowie sold over 140 million albums. David Bowie has also had a star named after him on the Hollywood walk of fame. Artists like Jay-z, Ice Cube, P. Diddy, and Vanilla Ice (to name a few) were helped by David Bowie’s genius throughout their careers.

David Bowie was also an avid humanist. Bowie performed with Alicia Keys at the 2006 Black Ball in support of the “Keep a Child Alive” foundation, which was one of several philanthropies David Bowie was in support of. Namely, a few others were: Every Mother Counts, Food Banks for New York City, and The Lunch Box Fund. A few artists decided to show their support on Social Media regarding the Big Hearted Legend.

Funeral arrangements have not yet been made public, but this legend will be truly missed. Rest in Peace David Bowie for the millions of lives you’ve touched and affected will sure miss you.