Early Saturday morning the Dallas Police Headquarters was under attack by a sniper and pipe bombs surrounding the area.

According to NYTimes, A gunman attacked the police headquarters in downtown Dallas from inside an armored van 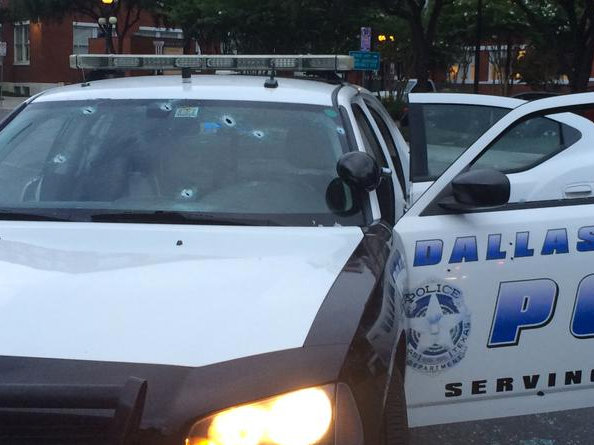 early Saturday morning, shooting at officers and leaving bags filled with pipe bombs around the building in a brazen assault that led to a standoff that is continuing.

Police officials said no officers or bystanders were wounded or killed in the attack, which began outside police headquarters and spread to the parking lot of a restaurant in a nearby suburb after the gunman fled from the authorities. Officers fired at the vehicle with 50-caliber rifles and disabled it.

At a news conference, Police Chief David Brown said a sniper had shot a suspect through the van’s windshield. The police believe the man is dead, but they will not be able to confirm his condition or identity until after a robot checks the van for explosives, he said.

The suspect had told police negotiators that the van was rigged with explosives. “We don’t want to call his bluff,” Chief Brown said.