Dallas Cowboy owners are now faced with more problems other than just having a horrible season, The biggest problem is the backlash over Greg Hardy.

Greg Hardy is one of the NFL’s best pass rushers and is in the category of elite. Greg Hardy was arrested last year when he played for the Carolina Panthers for assaulting a former girlfriend. The assault left his girlfriend Nicole 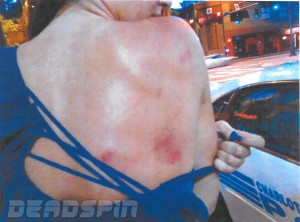 Holder with bruises all over her body. Nicole Holder told police that Greg Hardy dragged her by her hair threw her against the bathroom wall and slung her onto a futon that was covered with multiple guns.

Greg Hardy was released from the Carolina Panthers and was paid his remaining $13 million contract was suspended for the rest the year. He was later signed with the Dallas Cowboys once his charges were dropped and as part of his punishment, he could not play the first four games once he was signed with the Dallas Cowboys. The Dallas Cowboys gave the 27-year-old elite athlete $11.3 million contract. But even before that, he seemed to do a few things that should not have been acceptable under his circumstances. Number one, he made a rap video that glamorized him being a thug, number two he made derogatory statements about Tom Brady’s wife and the biggest shocker was his sideline confrontation with Dez Bryant in which he violently slapped a clipboard out of one of the coach’s hand.

To make matters worse, a sports website called Deadspin released graphic photos of the injuries that Greg Harding caused his girlfriend. According to Kyle Wagner “I’m seeing someone just gotten that he’ll be out of her. She worried that no matter what she said nothing would happen to him and it turns out that she was mostly right”. ESPN host Stephen A Smith who was once Greg Hardy’s biggest supporter had a change of heart. Stephen A Smith stated “when I saw those picture for the first time Friday, I said,” my God, wises guy in the NFL?” Greg Hardy has since gone to twitter and tweeted “I express my regret for what happened in past. But mostly I am grateful for the opportunity to play in the NFL.

Cowboy’s owner Jerry Jones made it clear that he does not condone domestic violence and that he had not seen the pictures before they were published. But he did make it clear that he stands by Greg Carty. Jerry Jones stated “he is a member of our team and someone who is grateful for the opportunity. He has been given to move for this life and career”. It will be interesting to see how the fans react and respond to the Cowboys new bad boy Greg Hardy. It looks like the Carolina Panthers made a smart move by getting rid of Greg Hardy.