The acting and singing world lost a great talent Saturday, July 14 with the sudden death of Cory Monteith.  Although in the entertainment business since 2004, Cory Monteith rose to fame in 2009 once he earned a starring role on the hit television show Glee, 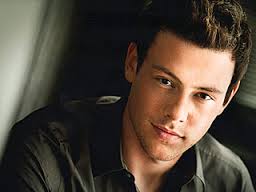 where he played a high school quarterback Finn Hudson that knew how to sing.

A full report will not be released until later this week, but an early release from the autopsy shows that Cory Monteith died from a lethal combination of heroin and alcohol.

Some of his Glee costars took to social networking to express their grief.  Alex Newell (@Anew9214) who plays Wade “Unique” Adams wrote, Today my performance will be for Cory.  He was and will always be an amazing person and I cherish the time that I got to spend with him!  Harry Shum Jr. (@iharryshum14), better known to Gleeks as Mike Chang wrote, At this time, please send nothing but love and light.  This tragic news still doesn’t seem real to me.  I love you Cory.  Monteith’s costar and real-life girlfriend Lea Michele has not released a statement, but has asked for privacy during this time.

There is no word yet on public or private memorial services.  Monteith was 31 years old.