It’s All Fun and Games, Until Someone …

We’re all guilty of it. We’ve talked about someone behind their backs. We’ve been “fake”. We’ve made someone feel so bad about a situation. We’ve gotten pleasure out of someone else’s pain. We’ve 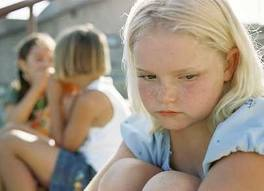 tried our best to tear a person down. You’ve probably just read these things and thought to yourself, “No, I’ve never done anything like this before.” Well, let me inform you of something. You may not have done everything that I just listed, but you’ve at least done one of them. In fact, you’ve probably even done something that I haven’t listed. If we want people to be honest with us, we need to start being honest with ourselves first. We’re not happy about it and you would have to be a cold person to even brag about it. However, I do advise you to acknowledge it and try not to ever let it happen again. How do I know that you’ve done this or these things? Well, I’ve done at least one of them, if not a few. Let’s continue.

For some reason, we have an epidemic going on and it’s not a positive thing at all. In the nation, we have a serious issue with people being mean to one another. No, I’m not just talking about bullying. I could do a whole piece about that alone. I’m talking about the fact that we are finding a sick pleasure out of hurting each other. I’m not talking about physically, but instead, I’m talking about those scars that you cannot see. Well, actually, you can see them, you just choose not to.

Every single day, people are getting hurt at the hands of other people. We only see stories about murders on the news when someone has taken someone else’s life, but have you ever stopped to consider that in your own right, you are a murdered too? Need and explanation? I’ll be happy to give you one…or a few.

Let me talk to the cheaters of the world (and yes, I’m talking to both sexes). When you cheat on your mate, you hurt them. That whole nonsense about “what they don’t know won’t hurt them” is just that, NONSENSE! The person that is getting cheated on goes through all of the different emotions and it even tears their self-esteem. You have hurt them to the point where they just felt low. You took that something out of there system that once made them feel on top of the world. They don’t have it anymore. So, I guess that makes you a thief and a murderer. You stole their something and you killed their something.

Let me talk to the haters of the world. You see someone doing really well and you just cannot stand it. You then go around and start talking junk or bring up something from the past (that is usually a few years old) just to make that person feel bad. Is it really worth it? What have you really accomplished? However, what you have done is hurt someone so bad that you have killed a little bit of that thing inside of them that made them who they are. In other words, you murdered that part of them.

Here’s the thing. All of us placed in this big world are going to share two commonalities. We are going to be born and we are going to die. Now, what you do in between those two events, that is your business. However, I just cannot see myself spending that time (however long it may be) committing murder.

On this side of the journey and depending on where you are in the world, murder holds a sentence of 25 to life (without parole), death by stoning, death by lethal injection, death by firing squad, and some other means. Then at the end of this journey on this side, we have to stand before The Judge. I have enough on my sheet right now to not add murder (or the murder of anyone else) to the list. If those sentences are what is handed down here on the land that we walk on, what do you expect for Him to do when we meet up with him face to face?

We have to stop doing this to each other. Many of you are finishing the title of this blog with two words and it is the phrase that is heard most often. The two words that could finish this title is gets hurt. However, there is one word replacing those two today. The words is dies. There are people (our friends, our neighbors, out coworkers) that are out here taking their own lives because we have murdered something inside of them. The internal death they are feeling is so strong that it turns into the external and eternal death.

I understand that we’ve all been hurt and whether we want to own up to it or not, we’ve all done something to hurt someone. We can recover from our hurts and injuries. Now, we may not necessarily recover completely and return to 100%, but we will be better than what we were when we first got injured. However, keep this one fact in mind – there is no recovering from death.