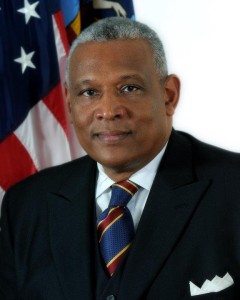 “Clinton Young is a high character guy, and my family has a great deal of respect for him and his vision for saving Mount Vernon,” said Branca in a written statement. “ Clinton Young has personally shown me that he cares for his fellow citizens. He was the only Mount Vernon politician to attend my father’s funeral in Florida. It meant a great deal to me and my family.”

A long time Mount Vernon resident, Clinton Young served as the 20th mayor of the city from 2008 to 2011.

Clinton Young and his administration has been praised for crime reduction, low taxes, and clean, efficient government.

Clinton Young previously served on the Mount Vernon School Board from 1982-1992 and in the Westchester County Legislature from 1996-2007. Clinton Young is a graduate of famed Morehouse College in Atlanta, GA.

“The Branca’s are one of Mount Vernon’s most distinguished and accomplished families,” said Clinton Young. “John’s father served as Mount Vernon recreation commissioner and built a playground and park system that has served our young people for three generations. John himself has scaled the heights of the music and entertainment business. His uncle Ralph Branca was an outstanding major baseball player with the Brooklyn Dodgers, whose friendship with Jackie Robinson helped break the color barrier in sports. Our city is very proud of the Branca family’s legacy of service, tolerance and high achievement”

John Branca has represented 29 acts in the Rock and Roll Hall of Fame, including The Rolling Stones, Michael Jackson, The Jackson 5, Carlos Santana, Aerosmith, The Beach Boys, ZZ Top, Fleetwood Mac, Bee Gees , Earth, Wind and Fire, and The Doors, which is believed to be more than any other entertainment attorney

Get out and Vote for Clinton Young Mayor